If you frequent the Craft Beverage Jobs blog, you know we are not a beverage review website. However, we make exceptions from time to time, and one of our exceptions is 16 year old Joey Godinez. Joey loves craft soda and each month shares his review of the latest craft soda he’s tried. This review is the first in a series of reviews for the Karma Cola company.

All Good Drinks, the makers of Karma Cola,  is a New Zealand beverage company with the firm belief that “it’s a good idea to eat and drink healthily with a healthy conscience”. It’s this belief that influences their global search for “quality, freshness, and fairness” in the ingredients for their beverage products.

The craft soda’s from All Good meet a high standard for both the environment and fair trade practices. Not only does this ensure organic ingredients for their products but also best practices in supporting the local farmers who produce those ingredients. 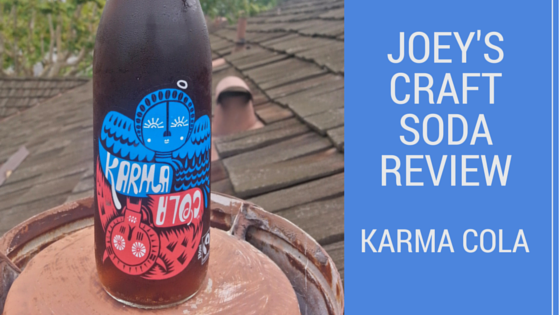 I was recently contacted by the fine folks at Karma Cola, who offered to ship me a box with three of their craft sodas for a review. Of course,  I was happy to oblige. I was not paid by Karma Cola for this review. Today, I’m  reviewing the first of the three sodas shipped to me: Karma Cola’s eponymous Karma Cola.

Mystery flavor aside, this stuff is awesome …

I generally don’t enjoy reviewing bottles because aside from a few exceptions, I really don’t like the look of most bottles I review, and I feel it may detract from an otherwise awesome soda. Thankfully, this is one of the exceptions. The label has a neat South American Mayan/Aztec feel to it, which is something I don’t see a lot of. It’s unique in that regard, and I really like it.

I took a whiff and was instantly greeted by a very familiar smell, but one that I couldn’t place. Definitely cola, but with something else. I let my cousins try it and they told me it smelled like those cola flavored gummies, at which point I had remembered why it was so familiar. It smells almost identical, which is definitely not a bad thing, and one of my cousins said they wanted to buy one just so they could smell it. Karma Cola just made some new customers.

It was doing so well up until now, but here comes the criteria in which most sodas underperform: the fizz. Not flat, but not bubbly enough for me; I kinda expected that.

What it lacks in fizz, Karma Cola definitely makes up in taste. Like the smell, there was something very familiar about the taste to me. Aside from the obvious cola flavor and a sort of caramel aftertaste there was something else that I just couldn’t place; perhaps it is the malt extract, but I’m not totally sure. Mystery flavor aside, this stuff is awesome. It gives my current favorite cola, Fentimans Curiosity Cola, a run for its money. Were it fizzier, it might even take first place.

Overall: An all around winner, and I’m glad I got the chance to review it. My only complaint, as with most sodas, is that I wish it were fizzier. 8/10 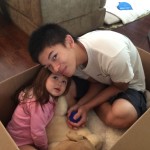