Welcome to Joey’s Craft Soda Review! If you follow the Craft Beverage Jobs blog then you know that as a rule, we do NOT do reviews. There are plenty of review blogs out there and they do a great job highlighting craft beverages. We stick to careers and industry news.

However, there is always an exception to every rule. Meet our exception, Joey Godinez! Joey is a 15 year old who not only loves to drink craft soda but loves to write about it as well. We were so impressed with Joey’s skills that we invited him to review one craft soda a month and share his review as our guest on the Craft Beverage Jobs Blog. We think you will be impressed! 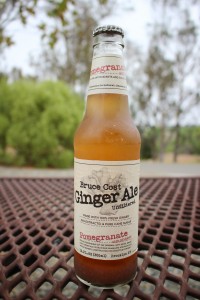 History: In 1984 Bruce Cost wrote the award winning cookbook Ginger East to West. In the  book was information about the history of ginger and the origin of ginger ale as well as interesting ginger recipes. In 1989 he created his own herbal ginger ale recipe for Monsoon, his own San Francisco based restaurant. It was later reformulated without the herbs and became a staple of Cost’s Ginger Island in Berkley as well as Palo Alto’s Ginger Club.

In 1995 Cost moved to Chicago to start 2 new chains of restaurants, the Big Bowl as well as Wow Bao, both of which brought with them his recipe for fresh ginger ale. The handmade drink, which was sold from each of the 11 restaurants, became a signature item and sold around 3 million units. 14 restaurants and 4 million drinks later, Mr. Cost bottled and sold the drink under his name with partners Joseph and Terry Tang out of Brooklyn, NY.

Aesthetics: Bruce Cost ginger ale bottles always kinda remind me of dirt, it sounds a little odd but its the first thing that comes to mind. When you look at the label its seems very raw and dirty and earthy, and it looks really cool. I personally like it a lot.  8/10 rating.

Scent: I’ve never smelled pomegranate or hibiscus, so I wouldn’t know what exactly to look for, but I do know one thing, it smells like ginger. The kinda spicy, gingery smell that you wouldn’t get with a brand like Canada Dry. Kinda sweet smelling too, its nice. 7/10 rating.

Carbonation: This is something I actually think that they could do a bit better. Its one of the least carbonated beverages I can remember, and considering how many times I’ve had Bruce Cost products, I don’t think its because I’ve gotten a flat bottle. I prefer very bubbly drinks like 7-Up or Sprite, some people may prefer flatter drinks but for me, its not enough. 4/10 rating.

Taste: Here’s the best part, the taste. I’ve never had fresh ginger before, but I’ve always imagined this is what it tastes like. The sharp, spicy taste  that you can feel as you drink, its really good. I don’t exactly taste pomegranate, but I do know that compared to the original, this version of the drink is definitely sweeter and less spicy/sharp, definitely refreshing and good for hot summer days. I don’t know what hibiscus tastes like, so I couldn’t exactly tell you whether or not its present, so ill leave that at a blank. 8/10 rating. 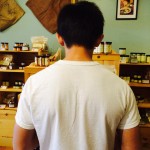