If you’ve been following the craft beverage boom over the last few years as close as we have, you may agree with our sentiment that craft likes giving back. Whether it may be for a unique, one-off cause, or a broader nationwide foundation, there are no shortage of examples where brewers and owners are giving back to their community in some way, shape or form.

Here are just a few of the examples from some of our local brewing community members that we’ve found in just Vermont alone.

Harpoon Point to Point Bike Ride for the Vermont Foodbank 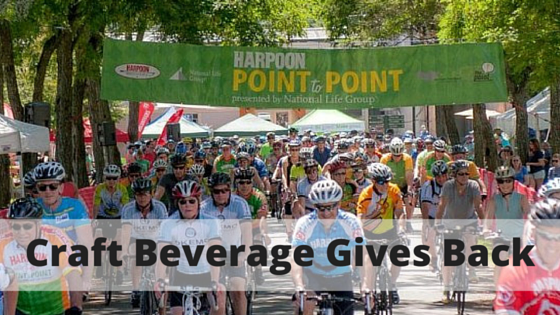 From HarpoonPointtoPoint.com: “the Harpoon Point to Point presented by National Life Group is a charity cycling event created in 2002 to raise funds and awareness for the Vermont Foodbank’s mission to end the growing problem of hunger in Vermont.”

Riders can choose a 25, 50 or 100 mile ride through Vermont, and through sponsorships and direct donations, the Harpoon Point to Point is the largest fundraiser for the Vermont Foodbank and is already approaching 1 MILLION dollars in donations over the first 14 years, starting out at less than $10,000 in year one. The Vermont Food Bank helps out 153,000 Vermonters annually in need of emergency food assistance where just $1 helps provide 3 meals to our community.

If you’ve been fortunate enough to meet Steve Gagner, owner of 14th Star Brewery of St. Albans, Vermont, you’ve undoubtedly been captivated by his humor, his command of a room and his generosity. Born and raised in Franklin County, Vermont and toughened by years in the Army, including a tour of Afghanistan, Steve freely admits he has a hard time saying ‘NO’ when approached by a worthy cause.

In just three short years of 14th Star’s existence, we could exhaust the remaining words in this post 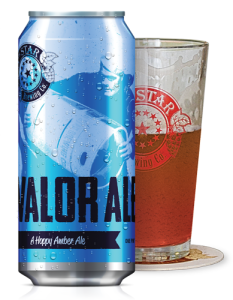 going through the plethora of causes that Steve and the 14th Star crew have given back to. Whether it is through their beer, where a portion of the proceeds of their Valor Ale helps support the Purple Hearts Reunited Foundation or their 1609 American ESB, which was brewed to benefit water quality in our Lake Champlain, it’s just a start for 14th Star. Organizing numerous fundraising 5K runs, whether to raise awareness for PTSD among military veterans, for a local community member with heart disease or for a recently fallen State Trooper during a training exercise, Steve’s heart seemingly knows no bounds.

Before Hurricane Irene took out most of Downtown Waterbury in late August of 2011, the brewbub that was The Alchemist was putting Waterbury on the map for Vermont beer. Before the silver cans that are Heady Topper started flooding local shelves and lore, John and Jen Kimmich were helping build their community.

Devastating floodwaters from Irene wiped out the pub, and when the time had come to choose whether to rebuild or move, they never wanted to look outside of their local area. The Kimmich’s believed in Waterbury and in their hardworking employees and did whatever it took to keep those that believed in them gainfully employed. Thankfully, they had already chosen to build their cannery nearby and it opened the week that Irene hit.

Revitalizing Waterbury (RW), whose mission has been to preserve and enhance the economic, historic and social vitality of downtown Waterbury dates back to 1991. When they recognized the Kimmich’s with the 2014 Kathy O’Dell Community Service Award, presenter MK Monley may have said it best about them:

“You have given back in so many ways that it would be difficult to list them all. You’ve never said no to the cause of making this community better. T-shirts or gift certificates for a fundraiser? Sure. Sponsor events, host events. “We’d be happy to.” Private parties. Yes.

Support arts activities, sponsor the musical at Harwood, sponsor the Arts Festival and, really, just about anything. Sure. Causeball, Harvestfest, Winterfest …Yes. Beer sales to benefit the food shelf? Absolutely. You have been huge supporters of RW. When the train station was being renovated, you said, “Let’s do a Benefit Brew!” Was it called Revitalizing Rye? (I think it sold out in 90 minutes.) And we can’t leave out the college scholarships — tens of thousands of dollars annually to local kids to help make college a reality.”

Matt Cohen, owner of Fiddlehead Brewery (and Matty O to those that know him), knows hospitals too well. Matty’s son, Noah, was born with VACTERL association, a rare condition that prevents his organs from functioning properly. He’s had nearly two dozen surgeries since birth and Matt is doing his best to support The University of Vermont Medical Center’s Children’s Hospital by giving back with his now infamous Double IPA, Mastermind.

Having been brewed only a handful of times before 2015, earlier this year Fiddlehead announced that they would brew the exclusive, brewery only Mastermind just four times in all of 2015 and 25% of all sales of Fiddlehead’s Mastermind Double IPA would go directly to Extra Life and the University of Vermont Children’s Hospital. 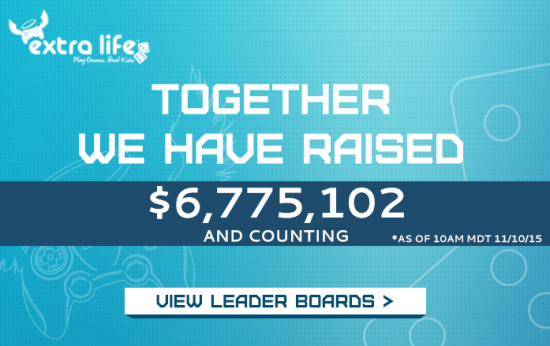 Extra Life is an annual 24-hour gaming marathon that was just held this past weekend, from November 7, 2015 – November 8, 2015. To date Extra Life has raised over 6 million dollars to help the Children’s Miracle Network Hospitals treat sick and injured kids in their communities. Fiddlehead organized a Team Mastermind sign up party on Halloween 2015, where in addition to the final release and sale, organized pint sales of Mastermind and raised awareness of Extra Life encouraging signups and donations of just $75 earning you a free exclusive, never before printed Team Mastermind T-shirt.

Fiddlehead hit their 2015 goal of raising $40,000 for Extra Life, and Team Mastermind was one of the Top Fundraisers for 2015: SUPPORT TEAM MASTERMIND HERE!

We’re sure that off the top of your head, you can name at least three local instances of craft giving back in your community. We wanted to highlight just a few of Vermont’s fine breweries giving back to our community and hope that the next time you hear of a great cause, you choose to give back too. 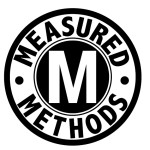