The Tradition Of Craft Beer In Alexandria, VA

The first commercial brewery in Alexandria, Virginia was founded by Andrew Wales who proudly produced “Strong and Small Beer” until 1809. In the following years, breweries would come and go, as competition with hard spirits proved difficult. It wasn’t until 1831 that beer finally established itself as the beverage of choice when James and William Henry Irwin founded Irwin Brewery. Irwin Brewery produced an impressive 3,000 barrels annually and became a standard for beer production in the American south. 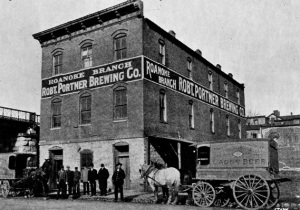 Fortunately for Alexandria the tradition for craft beer didn’t end with the closing of Portner Brewing, but lives on thanks to a new generation of craft brewers.

The tradition of craft beer continues to grow in Alexandria with the founding of great breweries like  Port City Brewery, who opened their doors in January 2011. Port City Brewery is committed to providing locally produced craft beer for the DC and Mid Atlantic markets.

Our mission is to be a reliable and innovative regional brewer of top quality beers that are delicious and well balanced, made from the finest ingredients available, and which celebrate their raw materials.

Today Port City Brewing produces over 9,000 barrels of craft beer annually and anticipates a 40% increase over that number as 2014 comes to a close. Producing award winning craft beer is a team effort. Along with premium  ingredients for its craft beer, Port City believes the most important ingredient is the team of individuals making great craft beer everyday at its Alexandria facility.

Port City Brewery is looking for an employee with a passion for producing quality craft beer and at least 3 – 5 years experience in commercial brewing. Their ideal Shift Brewer needs to be able to adapt to any brewing environment and give attention to detail.

Required Experience At A Glance:

Do you want to become a part of the Craft Beer Tradition of Alexandria, Virginia? Do you want to know more about this Craft Beverage Job Listing? Then click HERE!

Need help writing an Irresistible Cover Letter to go with your application? Craft Beverage Jobs provides you with a FREE GUIDE.