A look at the role of indigenous craft beverage products growing local economies.

Move over California Raisins and make room for Carolina Muscadines!

Carolina muscadine, and its future as a craft beverage staple, is believed to be the new “cash crop” for the economically challenged counties of Eastern North Carolina. For a region that built its economy on tobacco, its agricultural industries have been hard pressed to find a competitive crop to fill the void left since tobacco’s decline.

From Tobacco Road To Muscadine 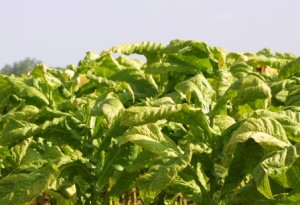 Fast forward to the early 2000’s when drastic changes came to the tobacco industry. New federal regulations placed upon the industry as a result of health concerns resulted in state laws banning smoking in public buildings. This and other regulations dealt a major blow to the industry. As a result, the price of tobacco went up and tobacco employment went down. 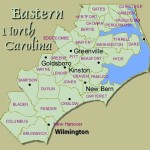 Even with its drastic decline, tobacco remains the leading cash crop for eastern North Carolina. The challenge farmers face is that other crops, such as cotton, sweet potatoes and soybeans do not generate the same revenue as tobacco – leaving an economic void.

But there is a growing movement to introduce an alternative “cash crop”to the rural economy that has been growing in their own backyards for hundreds of years. Muscadine. Muscadine grapes generate the same revenue as tobacco and is an ideal solution for local farmers in terms of both revenue and employment.

History of Muscadine in North Carolina, The Mother Vine

One of the earliest acknowledgments of the Muscadine grapes of North Carolina can be traced as far back as the early 1500’s to the Italian explorer, Giovanni da Verrazzano, who wrote of this indigenous fruit in his log book while exploring the NC coast.

But perhaps the most famous acknowledgment comes from Sir Walter Raleigh, whose men are credited with finding what’s believed to be the mother vine in 1585.

So full of grapes, as the beating and surge of the sea overflowed them….In all the world, the like abundance is not to be found. – Sir Walter Raleigh

The 400 yr old mother vine still thrives today, producing the Scuppernong variety of Muscadine. You can visit the mother vine on the Island of Manteo on the North Carolina Outer Banks. Its current owners, Jack and Estelle Wilson, purchased the property of the vine in 1957. At that time the vine covered over ½ acre. Cuttings from this mother-vine are still used today for North Carolina muscadine wine production.

With over 300 types of cultivares of muscadine, the fruit offers multiple options for craft beverage. Over 90% of muscadine grown in the state go to wine production, specifically with Duplin Winery, which produces ½ million cases of muscadine wine annually.

North Carolina Muscadine offers eastern North Carolina an alternative and competitive product to tobacco, which can ease the economic strain the region has experienced for well over a decade.

One of the entrepreneurs to get out in front of the North Carolina Muscadine trend is Dennis Tracz and his wife Elizabeth Maxwell who are founders of Carolina Wild – located in Pink Hill.

In 2012, Dennis and Elizabeth moved back to her home place in Pink Hill – an 800 acre farm that had been in her family since the late 1600’s. No stranger to start ups, Denis began to consider a new business ventures, and the muscadine growing wild on the family farm became his inspiration.

Understanding the economic struggles of eastern North Carolina, Dennis and Elizabeth believed that Muscadine could be the answer to bring revenue and jobs back to the region.

Teaming up with the Food Science Group at North Carolina State University, Dennis developed both a recipe and business plan for a non-alcoholic muscadine juice. A non-alcoholic juice requires muscadine with lower sugar levels; varieties which are not as useful for wine making.

Muscadine has a lot of advantages over western European wine grapes, such as:

Currently, Carolina Wild is sold in 25 states via online sales, and is scheduled to be launched in retail chains (Balducci’s & Kings) across the northeastern US in January. Its no secret, Dennis has created a premium product and introduced it on a national level, believing he can make a difference for Eastern North Carolina.

Over time and with your help, Carolina Wild will help transform the land that tobacco forgot into the land of the muscadine creating new opportunities in a very economically depressed region of our country. – Dennis Tracz

The Craft Beverage Contribution To The US Economy

Craft beverage entrepreneurs are making a difference around the country, creating revenue for their communities and jobs for their neighbors. Across the board, the craft beverage industry has become a significant contributor to economic growth for challenged regions in the United States. While craft beer takes center stage, both craft coffee and craft soda are seeing a significant rise in market share.

Craft beer –  is experiencing the largest growth of all the craft beverages. According to the Brewers Association, craft beer has experienced an 18% increase in volume, which translated into a 20% revenue boost for the industry. A record 3,000 craft breweries now thrive across the U.S. with 1,000’s of licences waiting for approval in 2015.

Craft Coffee – Overcoming a revenue dip in 2009, the coffee industry experienced growth in 2014. The growth is projected to continue for the next five years, driven by consumer awareness of coffee’s health benefits and increased availability of quality coffee. Coffee shops and roasters continue to make up the fastest growing segment of the food service industry today, bringing economic boosts to local communities.

Craft Soda – Although “craft soda”, defined as soda made in smaller batches with more natural ingredients, makes up a very small percentage of the soda market, it’s on the rise as a competitive choice on retailers shelves. More and more consumers are making purchases that support local artisan beverage companies. Knowing where their craft soda comes from, and what ingredients are in it, have played a key factor in local growth.

The Future For Craft Beverage 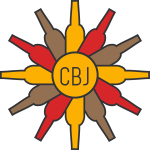