We are excited to have Joey back this year for more reviews of his favorite (and sometimes, not so favorite) craft sodas. The top highlight for 2015 was an honorable mention in the Washington Post, The Newest, Hippest Drink Pouring Into a Glass Near You: Craft Soda;

Craft sodas even have their own critic, in the form of 16-year-old Joey Godinez from Oceanside, Calif. Godinez, whose entry into the craft-soda world was a root beer he drank at a friend’s birthday party when he was too young to remember, posts a monthly review on a Web site called Craft Beverage Jobs. (He got the gig through his mom, a former food blogger.) Of the dozen or so sodas Godinez reviewed in the past year, “the only two I really did not enjoy were the chocolate hazelnut one and a nutmeg piña colada thing,” he says. “I did review an absinthe soda once. It wasn’t my favorite, but it wasn’t terrible, either.”

A mention in the WP will be hard to beat! But we know Joey is up to the challenge to make 2016 even bigger.

I’m Joey. I like craft soda, a lot. In my opinion, I feel that craft sodas have a lot more to offer than a mass produced soda not only in taste but in the variety and quality of ingredients used in their production. This is a big reason why I generally enjoy craft sodas, and I also think that drinking them and reviewing them is a great way to support the generally smaller companies that produce these beverages. 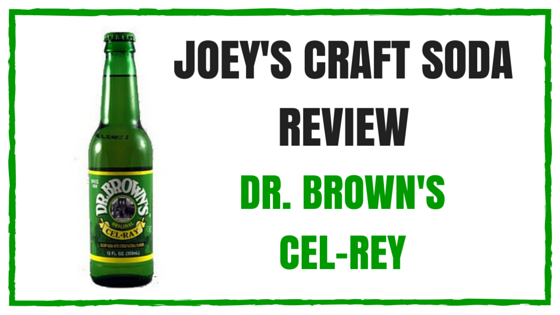 HAPPY 2016 EVERYBODY! New year, new review. Unfortunately that celery soda I told you about is up to bat, and that doesn’t sound like such a happy new year to me. Who knows? Maybe it’s not that bad, but maybe it’s worse than I expect (which I’m almost certain is not possible, hopes are not high here). Anyways… On with the review!

So far there’s nothing here to confirm or deny my suspicions about the quality of this soda. The label, while nothing unique or spectacular, is not the worst I’ve seen either. It reminds me of a beer bottle more than a soda bottle, I don’t know why, maybe because it’s green, though I’ve seen plenty of other green bottles before. So yeah, it doesn’t really 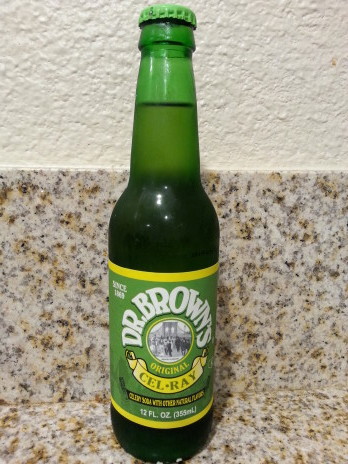 reinforce my ideas of what the soda is like, but it doesn’t do anything to change them either.

So… it smells pretty accurate. It’s actually a little creepy how on point it is. It really does smell like fresh celery for a bit, and I probably couldn’t tell the difference between the two if I were blindfolded (though I’m not the biggest fan of celery so take that statement for what you will).

It’s not that fizzy. I don’t know what else is to be said here. Once again, the challenger has fallen short of Joey’s fizz benchmark, not that there’s any surprise there. Well, at least it wasn’t flat.

And now for the main event, the taste test. Down the hatch and… oh my god what is that? It’s too awful to describe and I don’t know if I want to take another sip. My mom tried it and her exact words were “Yeah, that’s awful. I wouldn’t finish that”. It’s way too sweet, and the flavor reminds me more of raisins than celery, though it could be both, I don’t eat celery often enough to know. All I know is that if I had to choose between this and water, I’d take water, and that’s saying something for me. Stay away from this drink at all costs.

Overall: Don’t buy this. I’m sure that there are plenty of people who love this beverage, but you probably won’t be one of them. If you do end up in possession of a bottle or can of Cel-Ray, do yourself a favor and either chill it or dump it. 2/10 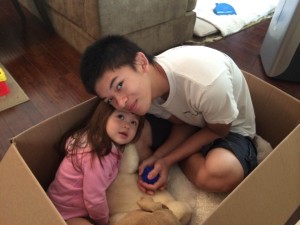