The latest trend that may be coming to your local coffee house is Dandelion coffee! The instant, yes I said instant, caffeine-free blend is actually a tea rather than a coffee. Instead of coffee beans, dandelion roots that have been dried and roasted are steeped in boiling water to produce coffee-like beverage. So what has everyone buzzing about this coffee substitute?

There are a few similarities between Dandelion coffee and real coffee, emphasis on the word “few”. I must admit, it seems a stretch to give it the title of coffee but I’ll let you judge for yourself.

Ground dandelion root has the appearance of ground coffee. A dandelion 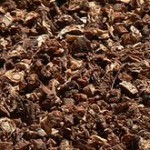 plant has single taproot that is harvested. The root can be dried, roasted and then ground to be used for producing tea. You can also find blends which will include things like barley rye, sugar beet and chicory root. I’ve read that blends with chicory root taste the sweetest due to the glucose released during steeping.

Roasted dandelion root produces a tea that looks like coffee and many say, has a “coffee-like” taste. In the early 1900’s dandelion coffee was promoted as a “cheap coffee” that could also be enjoyed for its health benefits. However, from the testimonials I’ve read, it seems that there is no true coffee taste, at least for those of us who love the taste of good coffee.

Dandelion Coffee Is Great For Your Health 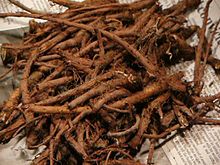 There are several health benefits associated with drinking dandelion coffee. The plant, often eaten in a salad mix, contains a rich source of beta-carotene, vitamin C, magnesium, zinc and many more important vitamins and minerals.

When steeped into a tea, the beverage can be used as a digestive aid, lower high blood pressure, lower cholesterol and is great for reducing inflammation.

It’s my experience that any beverage marketed as “coffee-like” and a “coffee substitute”, leads to disappointment when you’re really wanting “coffee”. Not knocking Dandelion coffee, it seems to have its proper benefits and fans but I’ll not be trading in my beans for roots anytime soon.