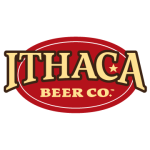 In December of 1997, Ithaca Beer Co. founder, Dan Mitchell, purchased the brewing system that would bring the first brewery to Ithaca, NY. Officially, the Ithaca Beer Company opened one year later and the hard work of its dedicated staff has yielded great rewards,  including 2 medals at the Great American Beer Festival in Colorado in 2008. Crafting quality beer for over 16 years, Ithaca Beer Co. is proud to sell its beer throughout New York State, Pennsylvania, Connecticut, Massachusetts, New Jersey, Rhode Island, and Ohio. Its no wonder that Ithaca Beer Co. is the pride of “The Finger Lakes”.

As always we strive to capture the spirit of the Finger Lakes and share it with you.

Ithaca Beer Co. is looking to add an individual to its sales team who is enthusiastic about craft beer, self-motivated and goal oriented.

Job Responsibilities & Requirements At A Glance:

Do You Follow Craft Beverage Jobs On Google Plus?