It’s been another week of great headlines for the craft beer industry. Today we take a look at the top headlines for both craft beer legislation and growth. Don’t forget, if you find a headline you think is worthy of highlighting, just let us know via our email, info@craftbeveragejobs.com or twitter, @CraftBevJobs.

2014 Was Another Great Year For American Craft Beer [Infographic], by Niall McCarthy – Forbes

This week, Forbes published a great infographic illustrating the growth of craft beer in the United States for 2014. Its numbers are based on the Brewers Association. 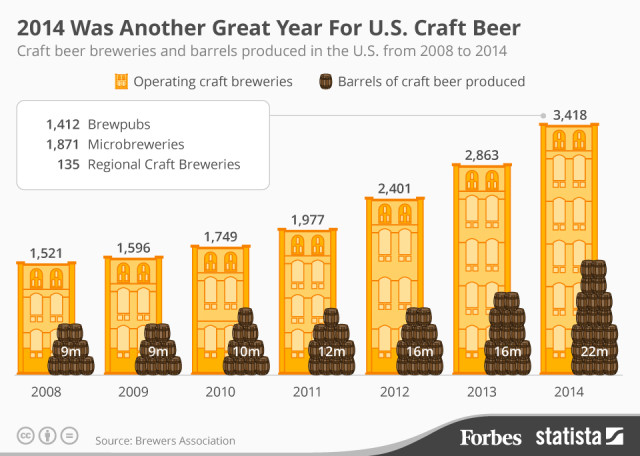 Today’s brewpub is not your Dad’s bar scene by a long shot. Its not unusual to see babies, toddlers and the family dog running around as Mom & Dad enjoy a refreshing craft beer.

Many craft brewers are welcoming babies and toddlers and even encouraging parents to bring them along.

Craft brewers have realized that today’s 35 yr old doesn’t want to change their lifestyle just because kids have come into the picture. Providing them an environment where they can still enjoy craft beer AND bring the family is a win-win. There are even websites now, such as PintswithHalfpints.com, that lists family friendly breweries in Washington and Oregon.

This family friendly attitude is just another reason the craft beer industry continues to see growth in the United States.

There is a new bill sitting on the desk of Illinois Governor Bruce Rauner and craft brewers are chomping at the bit for his signature to make it law.  On June 9th, the bill passed the House, giving the Governor 60 days to take action.

It certainly gives us all the space we’ll ever need to do whatever we want to do within the state. – Ken Rhude, Little Egypt Beer

Start Your Career In Craft Beer

We have craft beer jobs waiting for your application! Check out the latest job listing here, Craft Beer Jobs. When you find a job your interested in, simply click the APPLY ONLINE button and your all set. You can download your resume and cover letter, as well as send the employer a brief message to introduce yourself.

So what are you waiting for? Get started with your new career in craft beer today! 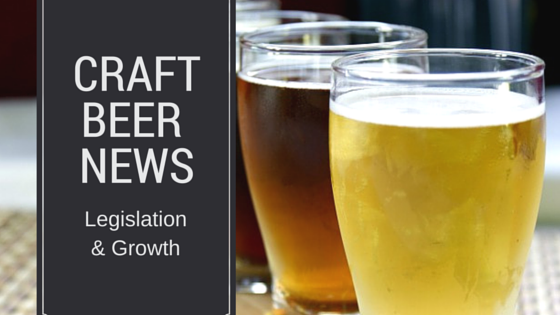