Welcome to Craft Beer Headlines: A Week In Review! Each week, we spend significant time keeping up with the latest events in the craft beverage industry. On Saturdays, we pick our favorite headlines and share them with you in a convenient digest of news snippets and links.

In today’s issue, we share the week’s top headlines in craft beer news for legislation, industry growth and festivals across the United States.

The Alabama Brewers Guild (ABG) has put together legislation (HB96) for a specialty license for craft brewers that would allow them to have a restaurant on the brewery premises. This would also allow that brewery to sell their craft beer on the property for consumption.

State Representative K. L. Brown introduced the bill. Only craft breweries who make less than 2 million barrels of beer annually and are in locations restricted to 10,000 barrels annually, qualify.

This company is bringing some of the world’s highest-rated craft beers to New York, by Megan Rogers – Albany Business Review

There is a craft beer distributor in Altamont, Remarkable Liquids, now bringing some of the top brands

in craft beer to New York state. Remarkable Liquids general manager Spencer Noakes has set a goal to double their distribution this year from 100,000 cases to 200,000!

We felt like there was a huge void and there needed to be a craft-specific distributor. – Spencer Noakes

Currently, Remarkable Liquids only distributes 30 of the top craft beers from U.S. breweries. They are wanting to catch up with the market in New York as consumers are demanding better quality beer.

In 2013, craft brewing brought $169 million to the county, with over 850 industry related jobs created.

There is still work to do when it comes to permitting and regulation on state and federal levels, according to Anchor Steam’s owner Keith Greggor. Positive signs for the local industry is the interest from new investors and banks who see craft beverage as a smart investment. 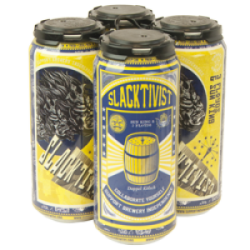 The Indiana House, with an 87-7 vote, supports raising the amount craft breweries can brew for sale in the state to 90,000 barrels. The bill now sits in the Indiana State Senate, awaiting approval.

To show support, as only craft beer can do, Three Floyds and Sun King collaborated to brew 120 barrels of Slacktivist. The name Slacktivist represents a word coined in the 1990’s to represent “slacker activism” – the support of a cause because it’s easy to do so.

It’s time for Sprung Spring Beer Festival in Coconut Grove’s Peacock Park, where over 4,000 people are expected to sample more than 200 different craft beers this weekend!

This event is 4 years old and is known as one of Miami’s signature events for craft beer. It will feature a great mix of nationally known craft beer favorites to local breweries like Funky Buddha, Tequesta Brewing, and Saltwater Brewery.

It’s the fifth anniversary for the Madison Craft Beer Week and will be its largest to date. With over 350 events scheduled, attendees will have lots of craft beer options to choose from.

Wisconsin’s largest craft beer week. No matter your level of interest in craft beer, we can offer something for everyone. The craft beer culture here is extraordinary, and we want the spread the word. -Jeff Glazer, event co-founder

The event will continue through this weekend and the firs part of next week.

Thinking About A Career In Craft Beer?