At Craft Beverage Jobs, we spend many hours each week researching current events within the craft beer industry. Craft beer news about industry growth, new business, job openings and personal profiles helps keep us up to date on what’s happening in craft beer across the world.

At the end of each week, that adds up to a lot of information. So, we thought we would share with you our picks for the Top 5 Craft Beer Headlines from each week! Here is Craft Beer News: A Week In Review. 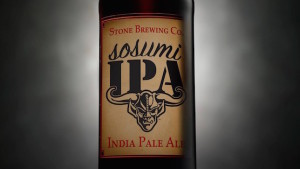 If you haven’t heard, there is trouble in ‘craft beer’ paradise. On Monday, Jan. 12th, Lagunitas Brewing’s founder and CEO Tony Magee filed a lawsuit against Sierra Nevada. The lawsuit claims trademark infringement due to the logo design of Sierra Nevada’s new IPA, “Hope Hunter”.

Lagunitas’ claim is that the design and font of Hope Hunter’s bold, black, all-caps “IPA” lettering was too similar to its signature IPA logo and would cause confusion with consumers. The world of craft beer cried FOUL! and Magee quickly began to back peddle on the lawsuit.

So this week, riding the wave of controversy, Stone Brewing introduced “Sosumi IPA”, a fake beer with a very cool logo, similar to the Lagunitas IPA font. This move by Stone created its own social media storm, with cries of “hypocrite”, since Stone is no stranger to lawsuits protecting their brand.

The industry of craft beer flourishes with individuals who left their comfort zone to pursue a passion for brewing beer. Dan Lehnerer was a homebrewer who left his job in corporate America to pursue brewing beer full-time.

He has spent a year renovating two buildings in downtown Griffith to open his craft brewery, Oberpfalz Brewing this week.

I was basically the lowest paid construction worker in the history of the world.

The focus of the brewery will be mostly German-influenced beer, offering a year-round Octoberfest, Pints, 4-oz samplers and 64-oz to-go growlers. On tap, you will find Rauchbiers, altbiers, kolschs, and several more German style beers on draft.

Craft beer is booming in Indiana. In 2011 there were only 46 breweries statewide. To date, there are 63, with more planning to open this year, 2015. 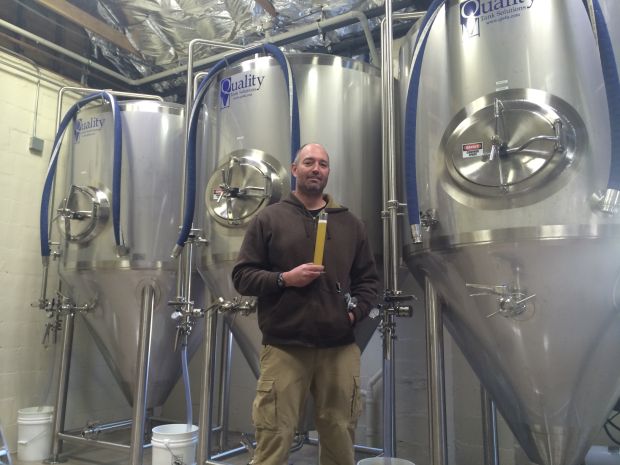 US beer drinkers, specifically craft beer drinkers, have made a clear statement against the watered down offerings from BIG beer. (Corporate beers from InBev & MillerCoors). The character of a craft brew is the very antithesis of the watery corporate beers, which are continuing their slow decline in the market.

So, what makes craft beer so different? It really does come down to the ingredients and the execution of those ingredients in the production of craft beer. The body and taste of beer comes from malted barley. The USDA recently crunched the numbers and found that craft brewers on average use four times more barley per barrel of beer than corporate beers.

This coming Saturday, Goose Hollow Inn in Southwest Portland is hosting the NW Coffee Beer Invitational. The article gives us a sneak peak at the final beer list for the event.

This is the second annual event has been greatly anticipated due to the success and diversity of last years entries. This year 16 local breweries have received special invitations from event founder Dave Fleming. Coffee beer entries must be brewed with locally-roasted coffee and are limited to 7% alcohol by volume.

Indeed, California craft brewers have changed the way we drink beer, turning it into a drink not just for sports fans but connoisseurs too.

limits of San Francisco, making it a beer-lover’s mecca.

Sacramento – This capital of the Golden State has its own unique craft beer scene. The Sacramento Beer Festival is a destination event for Californians from all over the state.

The Inland Empire – This Southern California region is home to dozens of craft breweries who boast unique flavor profiles like guava and mango!

Sonoma County – Sonoma County’s not just about wine anymore! Craft beer has found a home here with the help of the popular Lagunitas Brewing Company.

A broad valley with plenty of places to sip a pint.

Follow the link for many more California regions contributing to the craft beer BOOM!