Its just the beginning of February and 2015 is already off to a exciting start! From Super Bowl Ad’s to who is getting bought out next, you just never know what’s around the corner for craft beer.

Sometimes the best craft beer news gets overshadowed by what’s trending. So we at Craft Beverage Jobs do our best to highlight top stories you may have missed but are affecting the craft beer industry. We pick our TOP 5 and add them to this convenient digest we call Craft Beer Headlines: A Week In Review.

Much more than a festival, this event will be an exposition, filled with educational and business events. Sponsors for the Craft Beer Summit include Sierra Nevada, Stone Brewing and Firestone Walker.

My vision is to grow this to be like the Great American Beer Festival in Denver. – Tom McCormich, executive director of the CCBA.

Shallotte, North Carolina has been campaigning for a craft beer brewery and might just get the opportunity. Back in 2008 the city began a revitalization program which included the developing of waterfront property that connects directly with the river walk. Mayor Walter Eccard believes this is the perfect site for a craft beer brewery.

Business.com gives a nod to the craft beer industry for its business savvy owners making a statement all across the United States. Many of these 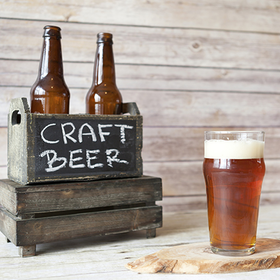 breweries are expanding from their local markets to national distribution.

So what 3 lessons can other small businesses learn from craft beer?

4. Is Big Beer Bullying Craft Out Of Pubs In Australia?

Big Beer, SABMiller is doing all it can to lock up 80% to 90% of beer taps in pubs across Australia.

Copies of the contracts have been sent to Australia’s Competition and Consumer Commission, complaining that the deals foreclose markets and hinder competition.

Without any intervention from the ACCC the multinational brewers will kill off craft brewing in this country. – Terry Alberstein, Thunder Road Brewing Company. 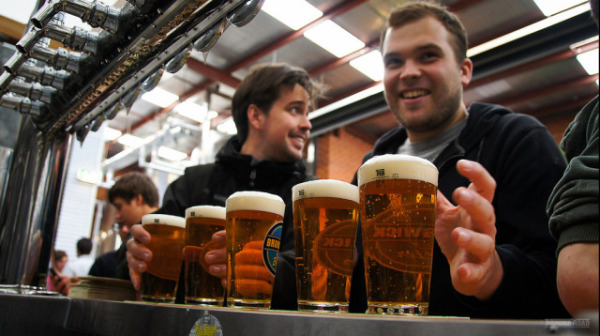 There is a bill currently before the West Virginia Senate that is now scheduled to go before the Judiciary Committee. It deals directly to the issue of labeling of growlers. Should this latest bill become law, the glass containers would need to be labeled to show the date the craft beer was sold, along with details on contents and origin.

The bill also speaks to the issue of growlers being viewed as “open containers”. The Judiciary Committee is now tasked with determining the method of sealing growlers. Currently, hand-sealed growlers are still considered “open container”.

Understanding that this bill has challenges, Senators invited brewers and representatives of the Alcohol Beverage Control Administration to look at the bill and submit ways it can be altered to benefit the growing industry in West Virginia.

Something that is very exciting to brewers, is the key element of the bill. Now brewers and brewpubs will be allowed to sell growlers in restaurants which are licensed to sell beer. The West Virginia Craft Brewers Guild has offered its approval of the bill.

Guide To The Best Craft Beers and Ciders In Ireland

A Guide to Ireland’s Best Craft Beers and Ciders, by Imen McDonnell – Traveler

The purpose of #CraftBevChat is to bring the various craft beer, wine, spirits, and other craft beverage Twitter groups together under one topic and to grow the community collectively. (More details here)

You may be a brewer or huge fan of craft beer that swaps tweets with your beer brotherhood, but have you ever connected with a winery in your area or a fan of wine who also likes craft beer? There are many! And if you blog about wine, have you ever come across the opportunity to shoot the breeze with a whiskey blogger? How about learning a little bit more about craft coffee?

Each week’s #CraftBevChat is hosted by @CraftBevJobs and the good folks at the@CraftBeverage Expo. We’ll have different topics (announced ahead of time via our blog or on Twitter), and will spend an hour having fun discussing various things – but mostly celebrating our passions for all things craft beverage!