At Craft Beverage Jobs, we do our best to keep up with craft beer’s current events and that adds up to a lot of hours each week researching, reading and digesting. So we thought we would share our TOP 5 favorite craft beer news headlines from each week with you, right here in our Craft Beer News: A Week In Review. 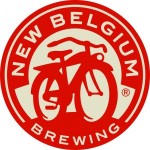 Before we get started on our Top Headlines, we were very happy to sponsor this weeks Pints and Quarts show from the guys at Craft Beer Nation. Their special guest this week was the CEO of New Belgium Brewing, Kim Jordan.

It was a great conversation, covering questions from Twitter and Google Plus. Kim discussed the new brewery coming to Asheville, their latest IPA Session Slow Ride, the New Belgium philosophy for business, the Budweiser Super Bowl commercial and of course, her take on growth of the craft beer market.

There has been one bright shining light in the American beer industry in the last eight years, and that’s been craft beer. – Kim Jordan

OK, back to the headlines…

Barley country, Idaho and Montana, are feeling the effects of heavy rains last fall that left a large percentage of their crops unsuitable for brewing. The potential shortage of top-quality brewing barley has caused uncertainty among brewers concerning cost increases.

The Asheville Brewers Alliance has weighed in on the matter, stating…

The (barley) shortage is very real and something that a majority of smaller breweries will need to be concerned with. 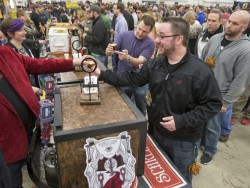 last weekend. One of the great things about Winterfest is its focus on specialty and small-batch brews!

This year, 69 Indiana craft brewers provided 500 beers on tap for the tast’n! Here is a look at the top craft beer trends from the festival:

Thirst for craft beer has never been stronger, but are Alabama breweries turning a profit? by Steve Doyle – AL.com 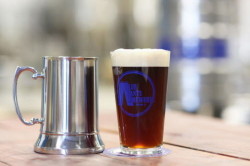 2012 to 2013. The number of craft breweries in the state have doubled since 2012. Bama breweries like Good People, Straight to Ale, Back Forty, Blue Pants and Yellowhammer are keeping local bars and restaurants fully stocked to meet demand. 2015 is poised for continued growth, with new breweries scheduled to open.

Two of the main challenges for Alabama craft beer breweries are high start-up costs and “hostile” state laws restricting breweries from selling direct to consumers. Dan Roberts, executive director of the Alabama Brewers Guild, states that the guild is working on a bill for the 2015 legislative session that will allow direct sales of growlers.

Last July, Harpoon Brewery co-founder, Rich Doyle “cashed out” when his brewery partners refused to invest in the purchasing of struggling competitors. Doyle’s decision reflects one of the opinions within the industry that when the craft beer bubble bursts, there will be a host of failing breweries picked up for cheap.

His co-founder, Dan Kenary, has a different view of the future of craft beer. He believes that the industry of craft beer will continue to experience growth as a business of independent local operators.

To me, having grown up in this industry, philosophically it just fits really well with craft beer — independent, authentic. – Dan Kenary 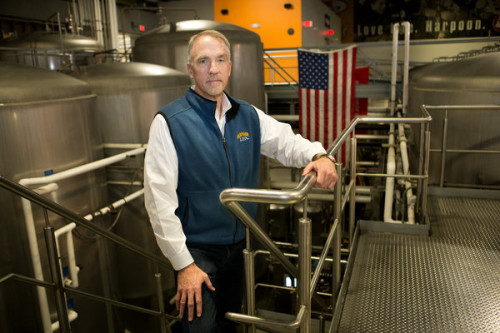 Startup Week is a 5 day celebration in Tampa Bay celebrating the spirit of entrepreneurship for the local community. Its run and hosted by local businesses who support the passion and drive new businesses bring to the local economy.

Tampa Bay is now home to more than a dozen craft breweries. During Startup Week, brewers come together to discuss the important topics to craft beer such as beer legislation and trends in technology.

One of the craft breweries leading the way in Tampa Bay is Cigar City Brewery, where you indulge in a great tasting Invasion Nitro Pale Ale while purchasing a hand-rolled cigar.

Behind all our beer is the philosophy that quality is achieved by giving first rate ingredients to first rate people in a space where they are free to pursue their passion. We acknowledge that what we do at Cigar City Brewing isn’t for everyone, but we welcome all. – Cigar City Brewing

Are you engaging everyday with employers in the Craft Beverage industry? Turn your network into money-in-your-pocket with our affiliate program. You can earn a 20% referral fee for every paid job posting you bring to Craft Beverage Jobs. See program details HERE to see if you qualify.