This week, we continue our search for the top headlines in craft beer news. The following craft beer news articles span the globe with events from small town USA to Canada and even Scotland.

We have divided the headlines into four categories:

With so many new craft breweries and craft beers growing the industry, it’s becoming more challenging to create both brewery names, slogans, and beers.

There’s only so many names out there. It’s getting tougher to come up with a name that hasn’t been thought of before. – Paul Gatza, Brewers Association

Currently in craft beer news, there is a battle between Michigan’s Bell’s Brewery and Innovation Brewing 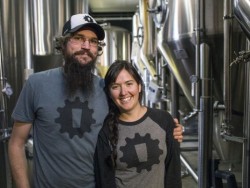 in Sylva, North Carolina, over the use of the slogan “bottling innovation since 1985“. Bell’s is challenging the efforts by Innovation to federally trademark the “Innovation” name, citing that it will be confusing to customers.

Bell’s Brewery has faced a lot of criticism via social media as being a “bully”. The name “Innovation” is currently not trademarked by anyone and the small North Carolina brewery only produces 500 barrels a year.

Innovation Brewing owner Chip Owen plans to fight for the Innovation name and has already invested marketing dollars, as well as tens of thousands of dollars in legal fees.

In an article published on their website this week, Bell’s Brewery VP Laura Bell released an official statement with 5 clarifications regarding the trademark dispute with Innovation Brewing.

Tax credit for craft breweries is not only a hot topic in craft beer news for the U.S., but Canada is pushing for the same small business benefits. The proposed tax credit would benefit small breweries who produce less than 15,001 hectoliters (1 hectolitre = 2 kegs) of beer and malt liquor annually.

The issue: craft beer in Canada is being blocked by the “monopoly-controlled Beer Store”. The tax credit would allow more craft brewery entrepreneurs to generate more revenue to overcome these challenges with higher production and marketing potential. The Canadian economy anticipates the market share from microbreweries to triple over the next few years.

The Bearded Lady Bottle Shop is a craft beer store and bar, planning open a new location in Garner, North Carolina. Anticipating final approval, the business will be the first craft beer store for the small southern town.

Last Monday, the Planing Commission voted 3-1 to approve a special use zoning permit, allowing The Bearded Lady Bottle Shop to occupy a 2400 square ft store front in the Fifth Avenue Shopping Center. The business will be a welcome addition to the struggling shopping center.

The special permit comes with the following stipulations:

The final approval will come after a public hearing, which is scheduled for April 6.

For craft beer news across the pond, BrewDog has confirmed receiving a £1.5m regional selective assistance grant that will aid in the expansion of the companies headquarters workforce. It’s anticipated the Scottish brewery will add 130 people to the payroll.

We are truly thankful for the immense support from the RSA and Scottish Enterprise. With 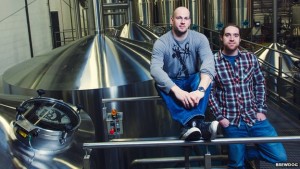 the increased funding we are able to make our dreams a reality and add loads more integral and talented people to the BrewDog team. Each new hire will help us with our massive plans for 2015 and the years following and manifest our mission in Scotland and across the world. – James Watt, BrewDog Co-founder

New craft beer legislation last January has made it possible for The Angry Inch Brewery to come to Lakeville. This will be the first craft beer taproom for the community.

Partners Jon Erickson and Josh Hebzynski decided to open a brewery after receiving two gold medals in beer competitions last summer. Once the new business is completed, the Lakeville community will be able to take advantage of the brewers success.

The festival began in 1996 to celebrate the Kona Brewing Company and support the growth of craft beer for the state of Hawai’i.

Today, the event is a premier event for both Hawai’i and the craft beer industry. Over $750,000 has been raised for non-profit organizations benefiting both children and environmental projects.

Ultimate Guide To A Career In Craft Beer