Welcome back to Craft Beer Headlines: A Week In Review! In this weeks craft beer news review, I’m following a new format. I’ll be dividing the headlines into three categories: 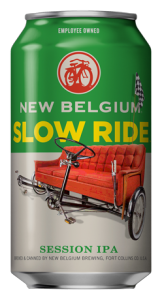 who began selling their Slow Ride Session IPA last year, alleges the trademark was filed prior to Oasis.

The 79-page lawsuit was filed last  week in U.S. District Court in Colorado. New Belgium stated their position on their websites blog,

We proactively reached out to Oasis, suggesting a number of possible solutions that would allow both brands to exist in the market, but Oasis was not open to working with New Belgium toward a productive solution – New Belgium blog

New Belgium’s legal action has not hindered the production of Oasis Brewing’s Slow Ride Pale Ale, believing their product was in the market before New Belgium’s application for trademark was filed.

First ‘Guide To A Career In Craft Beer’ Published

This week, Craft Beverage Jobs published its long anticipated Guide To A Career In Craft Beer. The document covers the full scope of the industry, from every type of craft beer job available to educational programs and resources.

If not knowing where to begin in your quest for a craft beer job is what is preventing you from moving towards your dream, the following guide is for you. The industry of craft beer is growing by leaps and bounds, and this guide is intended to help you navigate the industry from a career perspective. I hope you find it helpful. – Cindy Molchany

The growth of craft beer in the state of Maine has been a testament to Mainers enjoying drinking locally and supporting their local brewery. There are over 60 licensed breweries now in Maine, and each is facing the challenges of both meeting consumer demand and scaling up fast enough.

The purpose of the Small Brew Act, introduced by Sen. Susan Collins, is to modify the federal excise taxes that small brewer pay on production. The goal is to free revenue that can be invested in growth. This is legislation that can impact every brewery in Maine.

Currently, according to the Kentucky three-tier system, a Kentucky business cannot own a brewery and a beer retail establishment or a distributorship. However, out-of-state entities that own breweries can. Kentucky breweries and distributors have been crying foul since Anheuser Bush began purchasing Kentucky distributors last year.

A bill in the Kentucky legislature could make it illegal for out-of-state craft breweries to own companies that distribute beer in the state of Kentucky. Who will be affected most if the bill passes? Cincinnati s Riverghost, a craft beer only distributor who distributes to over 100 Kentucky accounts.

The state of Arkansas is doing all it can to catch up with the craft beer growth across the nation. The close-knit brewing community is looking for ways through tourism dollars, to promote both the established and new breweries.

With 8 brewery permits issued in Little Rock and 2 more in the application process, communities are figuring out that breweries bring outside money into the local economies from brewery visitors. This creates “high-value” jobs that are greatly needed for these communities.

The Little Rock Convention and Visitors Bureau is already making plans to create “beverage tours” for this year to feature craft beverage retailers.

The Demand For Craft Beer Barrels

Used distillery and winery barrels are in high demand these days as “barrel-aged” beers have become popular. 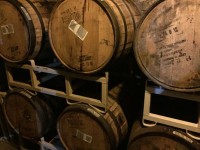 Mike Hoops is the brewmaster for Town Hall Brewery in Minneapolis. They have been producing barrel aged beer since 2000. Hoops has already been informed from one of his barrel suppliers that they may not be able to meet his barrel orders this season.

Barrels used for bourbon, whiskey and red wine are the most popular. Brewers view the barrel as another ingredient of the beer; another element that makes craft beer so great.

San Diego’s putting their money where their mouth is! Its one thing to say your experiencing a craft beer boom, but lets see the proof.

The Wichita Craft Beer Guild has scheduled a new craft beer event for May 16. The details are still being worked out, but its designed to be an educational event with seminars on “home brewing, beer and food parings and beer identification”.

Through February 22nd many of the best craft beer brewers have come together for London Beer Week, to satisfy the consumers demand for quality and variety.

Are You A Craft Beer Job Seeker?

What are you waiting for?