Will Boston Beer Dominate This $330 Million Market, Too?, by Rich Duprey – The Motley Fool 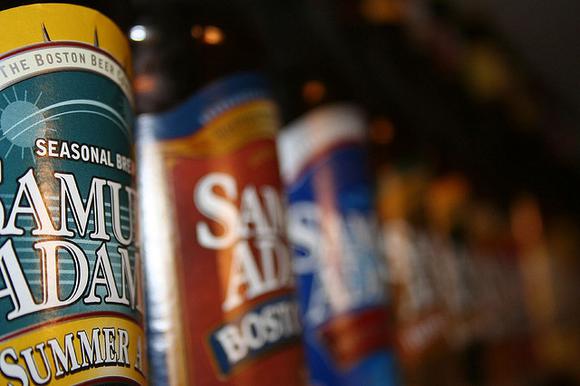 Craft beer has yet to reach its saturation point. U.S. revenue hit an estimated $4.2 billion in 2014, and it is now the fastest-growing alcohol category by revenue.

Last year, the industry represented less than 8% of the total beer market by volume, but has likely surpassed 10% in 2014. Analysts expect it will own a 20% share of the market by 2020.

Let’s explore what is driving this revolution.

America’s craft brew scene is big
With a 19% share of the U.S. market, Boston Beer (NYSE: SAM  ) is arguably the face of the craft beer revolution. Although it still only represents less than 2% of the total U.S. beer market, analysts believe the company can double that to 4% over the next decade. But this might not even be the biggest growth market for craft beer, or for Boston Beer.

If you look abroad, the craft beer market is growing even faster.

But this market is growing faster
According to the Brewers Association, 58 U.S. breweries in 2013 exported 282,526 barrels of craft beer valued at $73.6 million, a near 50% increase from the year before. IBISWorld forecasts this market will grow at a compound 34.8% annual rate to 2019, making craft beer exports a $330 million business.

The Beginner’s Guide To Craft Beer, by June Owatari – Paste

Have you been wanting to get into beer but don’t know how to talk about it? Maybe you’ve wanted to join a homebrew club or impress that cute bartender?

This guide is geared towards beginners who enjoy drinking beer but may not know how to talk about it. First, we’ll 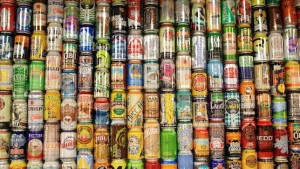 get you started on common terms to describe beer, use that knowledge to discuss general beer styles, and then talk about common off-flavors that may affect the beer you’re tasting.

3. Fill Your Growler At The Grocery Store?

Filling up with fresh tap beer at the grocery store may be a reality in Wisconsin.

The Wisconsin Grocers Association is pushing legislation to allow tap beer to be sold at local supermarkets. It wouldn’t exactly be filling up a glass of tap beer; the customer would fill up a 64 ounce jug called a growler.

“This is something very new. It’s a little different than what most people experience when they go to a grocery store to buy beer,” said Brandon Scholz, President & CEO of the Wisconsin Grocers Association

Right now, grocery stores have a license that allows them to sell pre-packaged alcohol. Action needs to happen at the state capitol to change the license to allow grocery stores to have tap beer, package and sell it there. If the law is amended, supermarkets would also have to invest in a special device that fills and seals the growler. He says the difference between bottles and cans, and fresh, unpasteurized beer will be a relief for craft beer lovers.

“This is kind of a niche market, kind of a specialty market for those who like craft brews and who go to their craft brewery and have it, the brew pub and have it. They can now come to the grocery and fill up that jug,” said Scholz.

4. Brewdog Lied & Lived To Tell About It

How contriversial beer firm Brewdog became so popular, by Will Smale – BBC News

When the founders of popular but controversial beer company Brewdog needed a second bank loan to enable them to expand production, their tactic was a simple one – lie through their teeth. 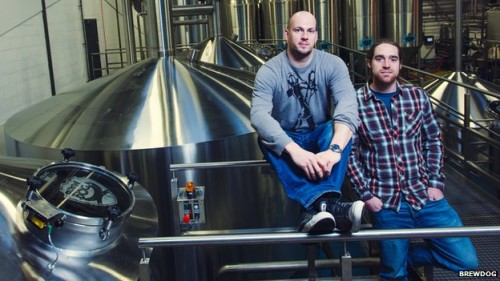 It was back in 2008, and James Watt and Martin Dickie’s then tiny brewery at Fraserburgh, north east Scotland, was little over a year old and struggling.

Selling their US-style craft beers from the back of their van at farmers markets, they were missing payments on their £20,000 ($30,000) bank loan.

We were selling a couple of cases on a good day, and losing money, says Mr Watt.

And then they decided to enter a bottled beer competition organised by supermarket group Tesco. Brewdog won first, second, third, and fourth place.

“So we went down to Tesco’s headquarters [just north of London], and they told us they loved our beer and wanted to put us in 500 shops, buying 2,000 cases a week,” says Mr Watt. 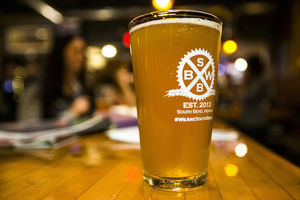 More brewers are pouring into the market for craft beer — in the South Bend region and nationally — to satisfy drinkers who want brews with unusual ingredients, an extra-hoppy bite or some other experimental edge.

But don’t call it a trend.

So, maybe it should be called a comeback instead.

Back in the 1870s, the United States had more than 4,000 breweries, according to the Brewers Association, a national organization based in Colorado. Then refrigeration, Prohibition and consolidation changed the industry. As a result, fewer than 100 breweries were operating nationwide by 1984.

Now there are almost 100 breweries in Indiana and more than 3,000 nationwide. They’re making beers in small batches and showing how many different flavors can be concocted from water, malted barley, yeast and hops.

Lets Get Social At The Kona Brewers Fest! 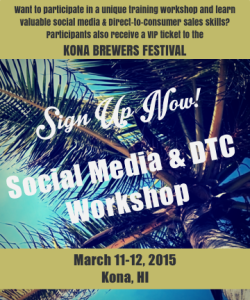 The Kona Brewers Festival is just around the corner, and Craft Beverage Media will be there! If you miss out on a ticket, we have you covered. Sign up for our Sales & Marketing Workshop March 11-12 at the Kona Beach Hotel and get your ticket to the Brewers Festival with your workshop packet!