Bourbon has long been an integral part of Kentucky’s identity, and bourbon culture has effortlessly ruled Louisville’s bar and restaurant scene. But some competition has emerged, and it’s delicious.

Kentucky’s craft beer and microbrewery scene has erupted in recent years, especially in Louisville and Lexington, and 2015 is shaping up as another banner year for brewing and drinking fine beers. Four breweries have opened in Louisville in the last two years, with at least two more expected next year, and four have debuted in Lexington.

In all, 14 microbreweries have opened in Kentucky since 2011, joining veterans BBC, Cumberland Brews and the Lexington Brewing and Distillery Co. 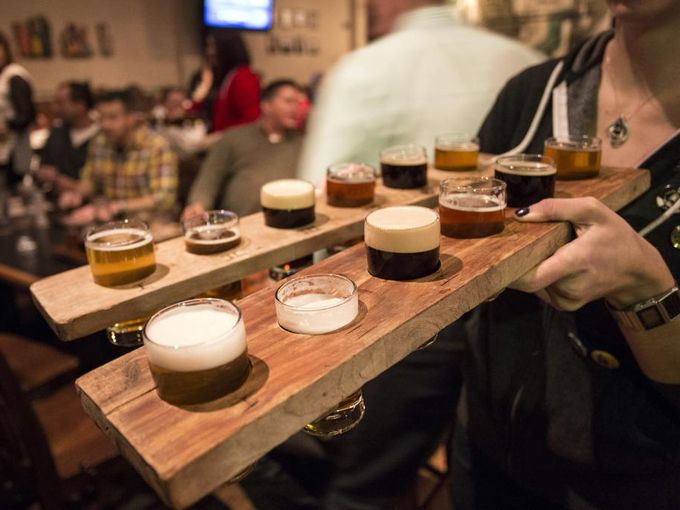 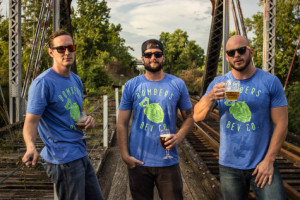 Three childhood friends reunited by a love of craft brews have opened up a niche bottle shop downtown with a focus, not surprisingly, on fostering a community of exuberant beer enthusiasts.

Bombers Bev. Co–the brainchild of under-30 somethings Caleb Churchwell, Jacob Wright and Zach Boylston–opened up on Grace Street in October as the second store of its kind in downtown Wilmington, joining the ranks of Cape Fear Wine and Beer on Front Street, Fermental in Ogden and Lighthouse Beer and Wine in Wrightsville Beach.

In addition to an ever-evolving and growing selection of 400 beers that can be purchased by the bottle or six-pack–even mix-and-match style–Bombers’ rustic retail space, located under the Wilmington Hammerheads’ headquarters, includes a bar where patrons can sip, taste or even knock back a few.

How Vista, California, Became The Capital Of Craft Beer, by Eilene Zimmerman – The Atlantic CITY LAB

Craft beer—produced in small, artisanal batches by independent brewers—is a $5.5 billion market in California. The 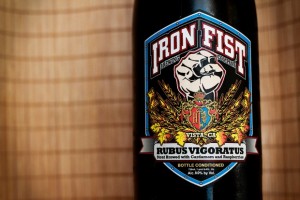 state produces more craft beer and has 480 craft breweries, more than any other, according to the California Craft Brewers Association. Nationwide, beer sales in 2013 were actually down about 2 percent, but sales of craft beer were up 17.2 percent.

Nearly 100 of California’s craft breweries are in San Diego County. Of the cities within the county, the one that’s seen the most growth in brewing is Vista: 19 square miles, 96,000 residents, and as of today, 12 breweries, with more in the works.

Green Flash Brewing Company was the first to open in Vista, in 2002 (it moved in 2011 and was quickly replaced by Latitude 33). There wasn’t much else until Iron Fist and Mother Earth opened in 2010, and it’s been a wave of expansion ever since.

Craft beer has had a profound economic impact on Vista: According to a 2014 report, the industry provides $272 million in annual revenue and supports 850 jobs in North County, an area that includes Vista. That’s a bigger impact than that of Comic-Con International, the largest annual convention in San Diego, about 40 miles to the south.

For those of you unfamiliar with bottle shares, they are gatherings of craft-beer lovers where each attendee brings a bottle of beer (or two or five or ten) to share with the group. For some of us, bottle shares are rare events, planned well in advance with invitations extended to only our closest beer-geek friends. For others, bottle shares occur more frequently and can range from a few close friends to a blowout of massive proportions.

For Issue 4 (Winter 2014) of Craft Beer & Brewing Magazine™, we took an informal poll of our fellow craft-beer lovers and put together a basic list of bottle-share etiquette dos and don’ts that will ensure you get invited back. Plus they’re just good manners.

The past year was the most dynamic in the history of American craft brewing. The combination of entrepreneurial spirit, creative energy and consumer thirst means this will be another explosive year for American beer makers.

Here’s a six-pack of predictions for the beer scene in Boston and around the country in the year ahead.

Start Your Career In Craft Beer!

2015 is here and its time for a career change!  Your dream job in the craft beer industry starts right here with Craft

Beverage Jobs. Go directly to the Craft Beer Jobs Listings page where you will find jobs ready to be filled for Sales, Production, Operations, Administration and much more.