Craft Beer got bigger in 2014; next year, it’ll get better, by Justin Grand – Tampa Bay Times 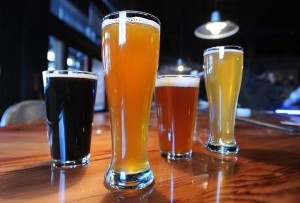 To end another year of beer columns with a statement saying that 2014 was a big year for craft beer is no more meaningful than saying that it was hot during the summer. Big growth is the norm for craft beer now — people expect it, and it usually happens in the ways we predict.

My biggest prediction is one that can’t be verified until the end of 2015’s first quarter. I predicted that the craft beer market share would hit 10 percent, rocketing up from the 7.8 percent share it held at the end of 2013. The jury’s out on this one, but with the Brewers Association’s change of the definition of “craft” to include small brewers using adjuncts like corn and rice — which would include Yuengling — the 10 percent mark is a lock, if not a bit fudged.

But craft beer did hit a few interesting landmarks in 2014 that we can verify. In Portland, Ore., one of the country’s biggest craft beer-swilling cities, craft beer’s market share climbed to more than 45 percent, surpassing “Big Beer” — major domestic producers Anheuser-Busch and MillerCoors. And, for the first time ever, Americans are drinking more craft beer than Budweiser, the juggernaut of domestic beer. Note that this is all of craft beer versus a single brand in the AB InBev stable, but it’s an interesting shift in an industry that has been dominated by the iconic brand for decades.

I need a beer vacation! 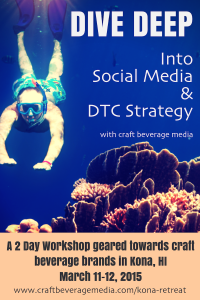 On March 11-12, 2015 Craft Beverage Media (that’s us) will be holding a 2-day workshop geared for those that work (or want to work) in craft beverage and who are in need of some serious Social Media and Direct-to-Consumer sales training.

To balance out all the hard work we’ll be doing in the workshop, we decided to hold this event not just in beautiful Hawai’i, but also hold the training in conjunction with the Kona Brewers Festival – a craft beer event that we have been to and we believe is THE BEST craft beer event in the country.

This retreat-like workshop will take place at the King Kamehameha Beach Hotel in Kailua-Kona where we’ll spend the better portion of two days diving deep into Social Media and DTC sales training. We will meet from 11am – 4pm allowing you the mornings and late afternoon to enjoy island activities. Lunches in the program are included as are dinners both on the 11th and 12th. 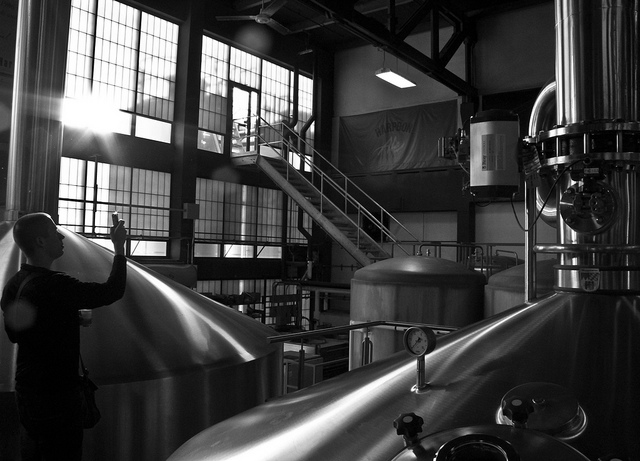 The local craft brewing scene has exploded in recent years, and a Cincinnatian wants to make sure 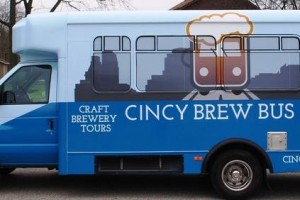 enthusiasts have an opportunity to visit as many of them as possible in a day.

Mike Stokes started the Cincy Brew Bus to marry two of his passions: the city of Cincinnati’s brewing history and drinking craft beer.

“I saw in most beer towns there were ancillary businesses like a brew bus that supports those breweries. There really wasn’t one in the region that combined beer sampling, beer tasting and the historic aspects of the town you’re drinking in,” Stokes told me.

We had some damn good breweries in town and we wanted to show people that and share the historical aspects of our city because I don’t think a lot of people know about that.

Tour guides on each bus talk about Cincinnati’s brewing history and the history of the breweries’ neighborhoods along the route. There are trivia games and giveaways from local restaurants during each tour. Trips last five to six hours. 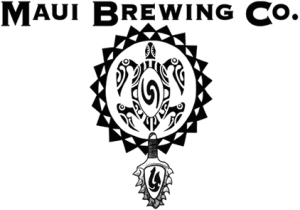 The company is distributing 21 craft beers in stores across the island. The bottles, cans and kegs of beer are produced in breweries in Colorado, Oregon and California, then shipped to Maui from Stone Brewing’s distribution center in San Diego via refrigerated containers. Brands include California’s AleSmith Brewing Co., Saint Archer Brewing Co., Port Brewing Co./The Lost Abbey, The Bruery-Placentiaand Bear Republic Brewing Co.

The Budweisers, Millers and Heinekens of the world make one beer for everyone. Craft beer is the antithesis of that. There are literally hundreds of different styles to choose from. – Garrett Marrero, founder of Maui Brewing

5. What Can We Learn From Craft Beer?

What you can learn from craft beer, by Drew C. Marshall – Business Report

Craft beer sales soared between 2007 and 2012 and now make up 14.3 percent of the $100 billion-dollar beer market. Some of that may be due to the fact that some people took the concept of “having a cold one” during hard times to a new level. 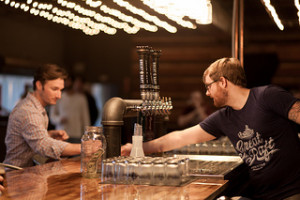 When Chip Town and his daughter Jacqui both lost their jobs, for instance, they used the unplanned time off to pursue a shared love of home brewing, eventually opening Rinn Duin Brewing in New Jersey. But beyond the growth of craft brewing as a hobby and an entrepreneurial endeavour, the industry has two fundamental characteristics that have propelled a 17.2 percent increase in sales at the same time overall beer sales have declined by 1.9 percent – that is, innovation and collaboration.

Brewers today are pushing every extreme. Nano-breweries only serve a handful of people or restaurants, for example. Samuel Adams’ Utopias has pushed the limit on alcohol content at 27 percent and retails for $125.

Unique brewing techniques, surprising ingredients and innovative products have unlocked an approach to beer that rivals the wine industry for classification. And as experiments succeed, brewers don’t hoard their secrets. Many smaller breweries build on loans and advice from larger peers. In fact, during a recent specialty hops shortage, Samuel Adams even sold its supply to smaller competitors at cost.

Subscribe to our online magazine, Craft Beer Headlines! Each week we add the latest headlines and current 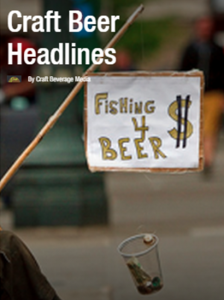 trends of the craft beer industry. Its a FREE Subscription with an easy download, using our online mag app of choice –  Flipboard.

Don’t forget to check back each Saturday for another Craft Beer Headlines: Week In Review!

They who drink beer, will think beer – Washington Irving