As the craft beer market continues to grow, the demand for skilled labor increases. Today’s brewer is expected to possess both practical experience and have vocational qualifications.

And while enthusiasm for craft beer on the part of the applicant is important, it’s not really a qualification breweries are looking for on your resume. Homebrewing experience can help, but many brewing positions require at least some commercial brewing experience along with a degree in brewing science or technology.

Because so many breweries have entered the marketplace in recent years, maintaining consistency and quality across the craft beer market is important for the security of the industry. Accredited programs in brewing, distilling, and fermentation help maintain that high standard.

In a nutshell, the craft beer industry is growing up; it’s maturing. 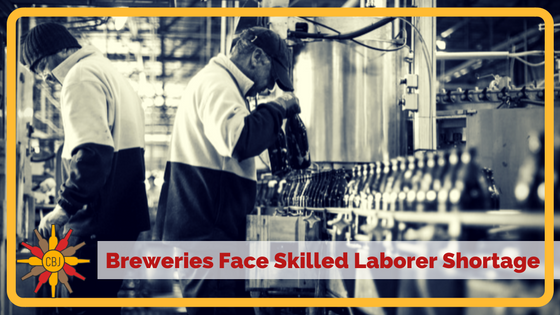 Depending on the size of the brewery, there can be a variety of positions and skill levels among brewers. The Assistant Brewer is someone with some brewing experience. That experience can come from a variety of avenues. Many work their way up through the ranks of brewery production (cellar experience), while others complete a brewery education course. Whatever the means, the assistant brewer is a vital part of any craft brewery.

The assistant brewer works directly with the head brewer. This hands-on-experience allows you to learn the different operational aspects of brewing. In our Beer Jobs: The Ultimate Guide To A Career In Craft Beer, we outline some of duties of the assistant brewer:

The top-dog of brewery operations will be the Head Brewer, sometimes referred to as the Lead Brewer or Brewmaster. The brewmaster has extensive brewing experience and an accreditation from a brewing school. Strictly homebrew experience won’t cut it for this role. When breweries are hiring a head brewer, they are looking for two 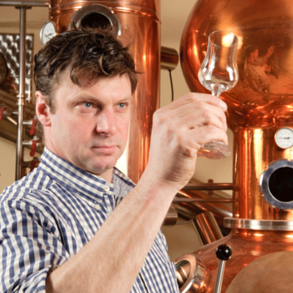 things; education with a respected brewing school and experience brewing on a commercial scale.

Brewing is a trade and like any trade it requires a good amount of practical experience. When you hire a plumber or electrician, you want to know they are qualified. You want to hire someone with both practical experience and vocational qualifications. Are they certified through a trade school? Did they do an internship? Are they licensed to do contract work? The trade of brewing is catching up with its counterparts and becoming more exacting in its requirements.

We have noticed over the past three years, the “requirements and qualifications” section of job listings in brewery production have become more detailed and refined. Today, breweries are hesitant to train someone from scratch. It’s an investment in both time and money. Hiring someone who has gone through a brewing course is more beneficial. They are hiring an individual already trained in the knowledge and theory of brewing on a commercial production scale.

Why Are Colleges Investing In Brewery Programs?

More community colleges and educational institutions in the United States are investing in brewing courses and programs. With the market share for craft beer hitting double digits (12.2%) in 2015, their money is well spent. According to the Brewers Association, craft beer brought in $22.3 Billion to the U.S. economy in 2015. That’s a 16% increase in sales from the previous year. Who was working hard to pull in those impressive numbers? The 4,225 breweries in communities all across the fifty states, that’s who!

Those 4,000+ breweries are divided between regional breweries (178), microbreweries (2,397) and brewpubs (1,650). The Brewers Association defines these breweries according to the following criteria:

Regional Breweries are defined as independent breweries producing between 15,000 barrels and 6,000,000 barrels per year. Examples of regional breweries include:

The Microbrewery produces less than 15,000 barrels of beer annually and over 75% of its beer is sold off-site. An example of a microbrewery is

A Brewpub is a restaurant-brewery that sells 25% or more of its beer to consumers on site. Great examples of Brewpubs include:

Where can I find Brewing schools?

There are new brewing schools starting up all across the USA and Canada, trying to meet local demands of craft beer enthusiasts getting into professional brewing. You can find programs offering degrees in “Fermentation Sciences” and the Business of Brewing.

When we talk about brewing schools we have to talk about three of the longest running in the U.S.:

Here is a list by State of current brewery education programs that are presented in our Beer Jobs: Ultimate Guide To A Career In Craft Beer ebook. (The list is filled with higher education courses and programs in fermentation sciences and/or the business of brewing in the US and Canada.)

If you know of a brewing program in your state that we have not featured, let us know in the comments section and we’ll add them to our list.

Ready To Go To School?

Is a brewing school in your near future? It’s a great investment in an even greater industry. If you’re taking the next step and applying for a degree in brewing, we have some great resources to help you find your first brewing gig when you graduate. Click on the following tools for building your resume, your cover letter, and getting ready for that first brewery interview. 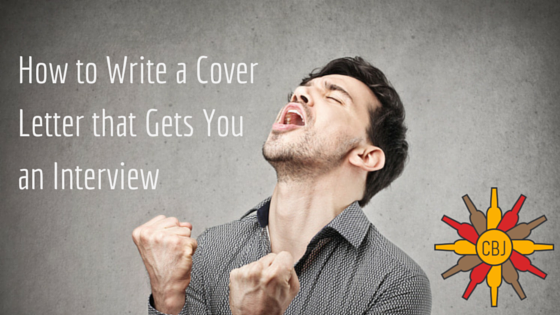