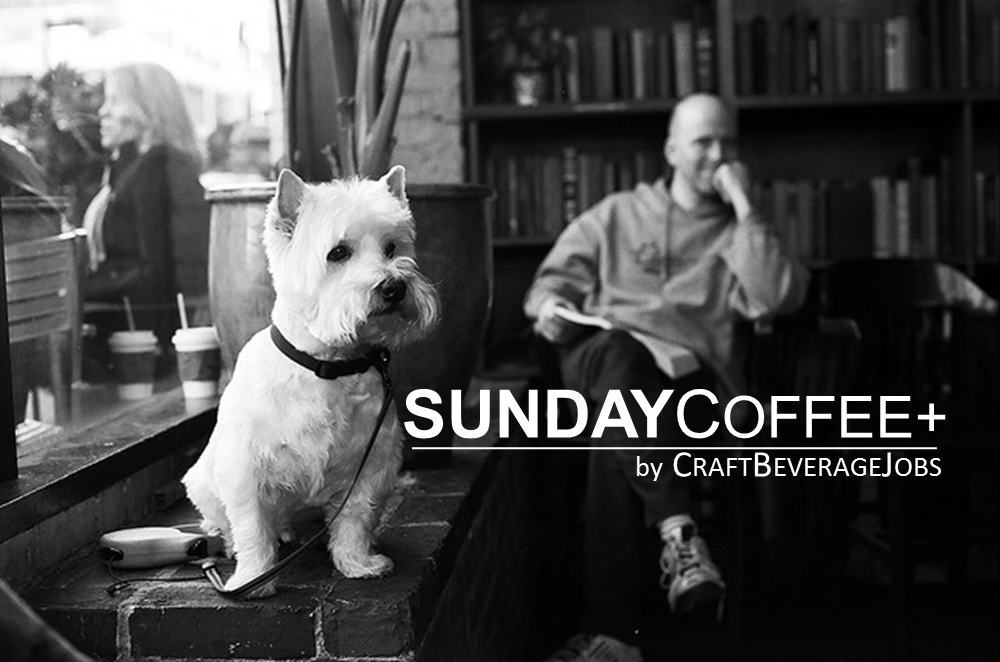 Each week, Craft Beverage Jobs compiles the top headlines for Craft Coffee News & Information.  On Sunday morning we post those headlines in SUNDAY Coffee+ for your reading pleasure. Whether its industry growth, new business, job openings, profiles or human interest, you just never know what will tickle our fancy from week to week. We want to make SUNDAY Coffee+ a part of your Sunday morning coffee experience.

4 Things To Know About The Craft Coffee Craze, by Jill Yanish – Market Watch

“Craft coffee,” a rather new term in the industry, refers to the pursuit of making a cup of high-quality coffee, while also engaging consumers in the story of the coffee — from the origin of the beans to how it’s brewed in your local coffee shop.

It’s no surprise that boomers (and gen x’ers) are the largest coffee consumers — 69% of 40- to 59-year-olds drink coffee daily, as do 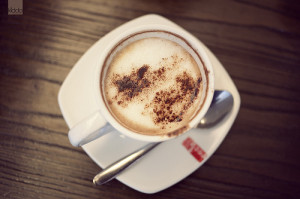 76% of those 60 years and older, according to a survey by the National Coffee Association. Just 41% of 18- to 24-year-olds have coffee every day.

It should also come as no surprise that boomers are on the forefront of craft coffee. “We’ve been doing this since the ‘90s,” says Wallace. “We have a really solid base of people who have been interested in the things we’re doing and were founding supporters, and those are people in that [boomer] age demographic. They helped us get off the ground.”

If you haven’t jumped onboard the craft coffee craze, here are four things you need to know:

The “Snobbiest” Coffee Shop In Seattle May Surprise You

Food & Wine has ranked the top six best coffee shops by how “snobby” they are. Seattle’s Milstead & Co. came in at number 1 on the list! The questionable honor doesn’t seam to bother them. To the contrary, Milstead and its faithful patrons have a nice chuckle each time the accolade is mentioned.

In a market saturated with coffee options, Milstead has built a brand beloved by purveyors of fine coffee. Even still, there’s nothing pretentious about this place. Step into the shop and you’ll find a mix of everyone here, men in business suits, women in yoga outfits, moms with kids, cyclists with tattoo sleeves. All of them however, have one commonality. They love quality coffee.

We’re not your typical grab and go. We find the best of the best in coffee and we like to educate our customers on the product 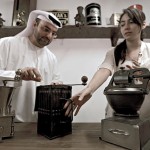 experience but as a unique cultural identity. In October, Khalid Al Mulah will open The Coffee Museum for coffee lovers from around the world to visit and admire.

The Coffee Museum features exhibitions from the Middle East, Britain and Europe. The British exhibition displays grinders and hand-held portable roasters from the Ottoman Empire over 600 years old.

5 Southern Coffee Roasters You Must Try Now, The Coffee Compass

The South may not boast of the quantity of critically acclaimed and nationally known coffee roasters that Portland, Seattle and San Francisco have, but there are multiple operations that truly stand out. Here are five that you should check out:

Coffee Is A Part Of Indianapolis Revitalization Project 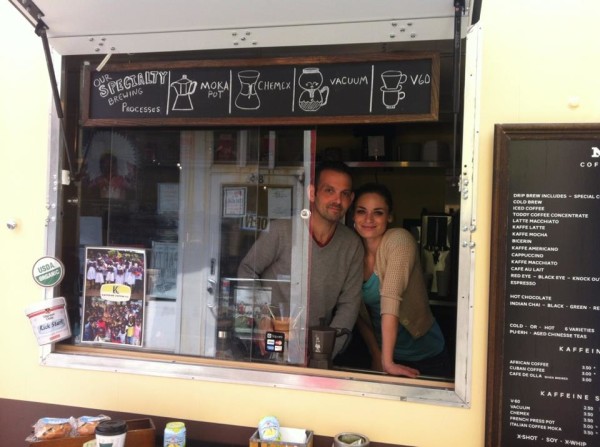 The Mass Ave. district in Indianapolis has been booming in recent years with heavy investment from the city, a wave of tech companies, restaurants, bars and a healthy population of young people with some money in their pocket. That said, the five-block district just northeast of the city center is largely bereft of good coffee.

Chris Kilander of Indy’s Kaffeine Coffee Co. is hoping to change that. The company has just signed a lease for a coffee bar in the atrium of the Athenaeum Theater in the heart of Mass Ave. The bar concept is part of a currently $1.3 to $1.5 million city-led investment for the theater that will see a complete revitalization of the sprawling atrium space.

“Indianapolis has been a little slow to take to third wave coffee,” says Kilander, who for the past six years has been running a Kaffeine Coffee truck with his wife Amanda at events and markets throughout the city. “There are a lot of young people I’m working with on this, and they’re really excited about where we’re going. Right now in Indianapolis, there is not much culture based on people getting together and having fun for coffee.”

The Multimillion Dollar Quest To Brew The Perfect Cup Of Coffee, by Danielle Sacks – Fast Company 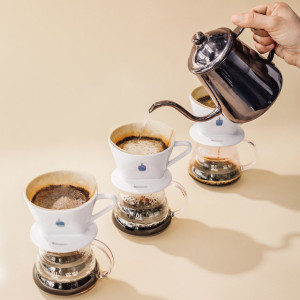 Over the past decade, categories such as yogurt, chocolate, and juice have made this leap from commodity to mass delicacy. Some mainstream consumers no longer blanch at a $9 price tag on a bar of chocolate half the size of a Snickers or $11 for a cold-pressed juice. Not only have these become the fastest-growing segments in their respective categories, they’ve created multimillion-dollar markets that never before existed. Greek yogurt was an obscure 1% of U.S. yogurt sales in 2007. ThenChobani entered the scene, luring consumers away from their sugary-sweet Yoplaits. Now Greek yogurt accounts for 40% of the $7.4 billion U.S. yogurt market, while industry heavyweights like Danone and General Mills are racing to catch up.

Coffee crusaders are convinced that they are on the verge of a similar disruption, and they’ve got deep-pocketed investors cheering them on. After Starbucks’s 20-year reign as coffee’s dominant force, this once fringe group is launching a culinary, cultural, and financial battle to get a piece of the $30 billion U.S. coffee market. Can these purists persuade us to convert our morning ritual to a $7 cup of black gold?

The Buzz: Corvus Coffee and The Cold Brew Revolution, by Brittany Werges – 303 Magazine.com 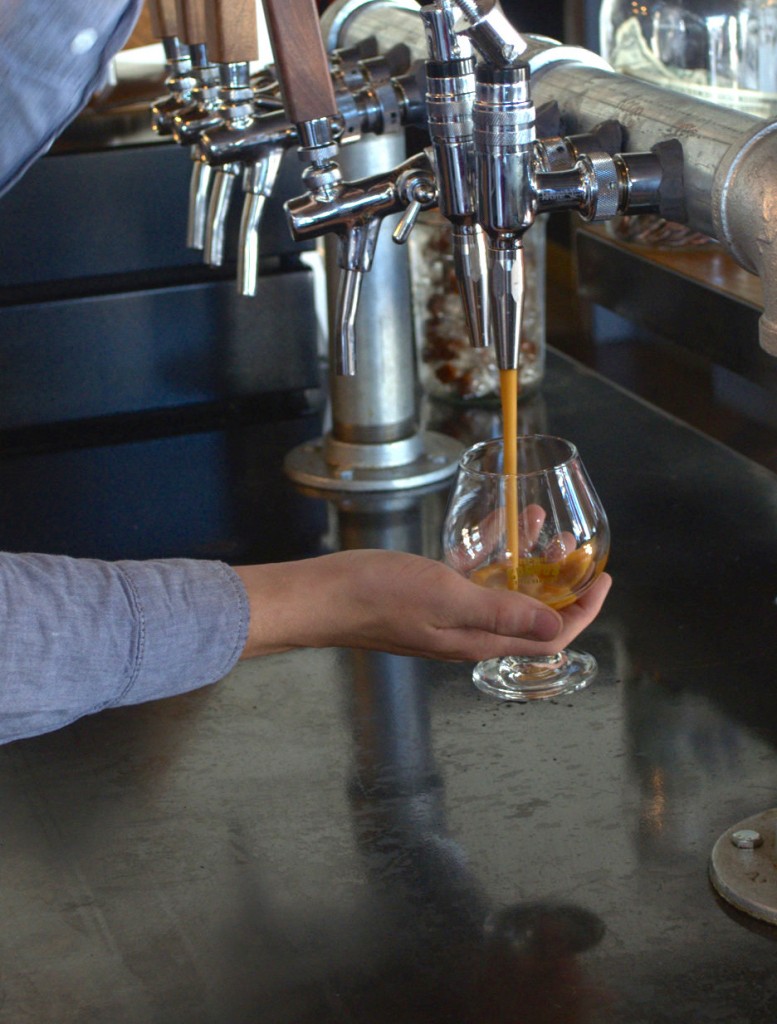 Corvus Coffee recently moved to a larger location on South Broadway. The once, “small roasting company” celebrated its new location with the debut of a tap system which merges the world of craft beer with craft coffee! The unique design, which looks like a keg system from your local pub, dispenses cold brew from a tap while infusing it with nitrogen. The result is a cold brew that has the characteristics of a stout, with a rich, creamy layer of foam.

The dust hasn’t even settled on the new location, and Corvus is looking to a second location that will continue the craft beverage consortium between craft coffee, craft spirits and beer.

There’s a definite advantage from learning from the beer, wine and cocktail industry. They have figured out problems we are still having. – Goodlaxson

This is just our second edition of SUNDAY Coffee+ and we hope you have enjoyed it so far. Would you like to see any changes? Additions to the content we provide? If so, let us know in the comments below.

Did you miss the first edition? Check it out below! 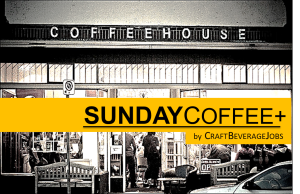