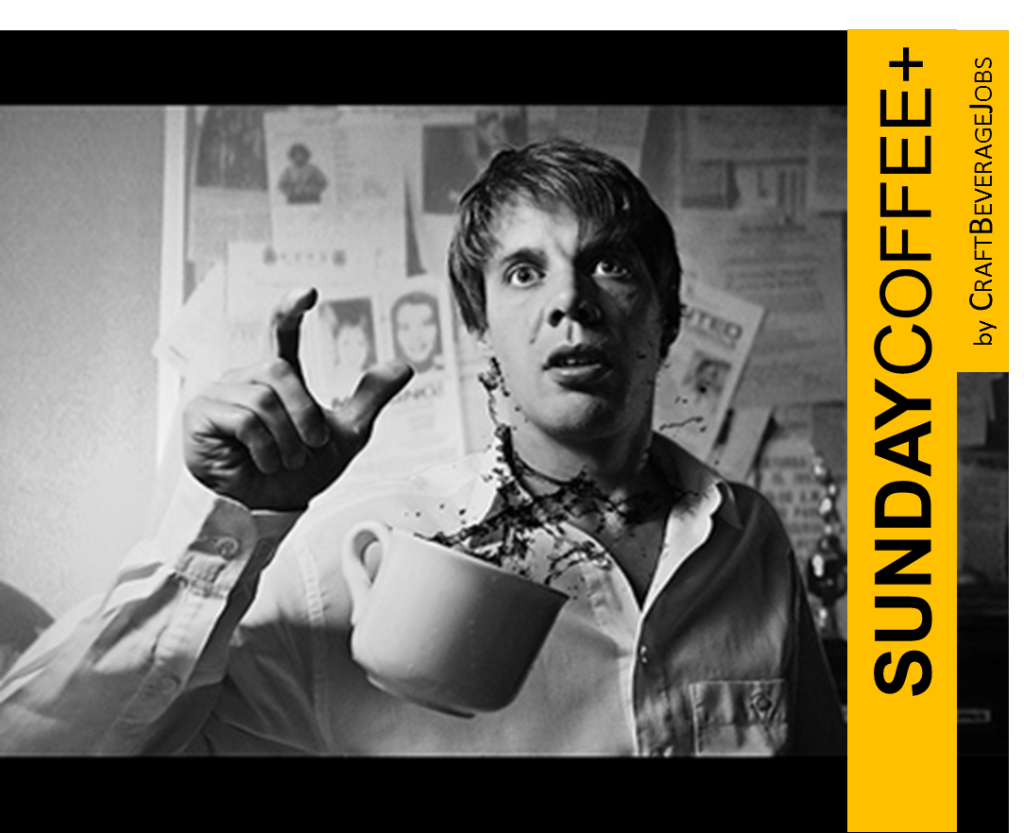 From Barista To Boss 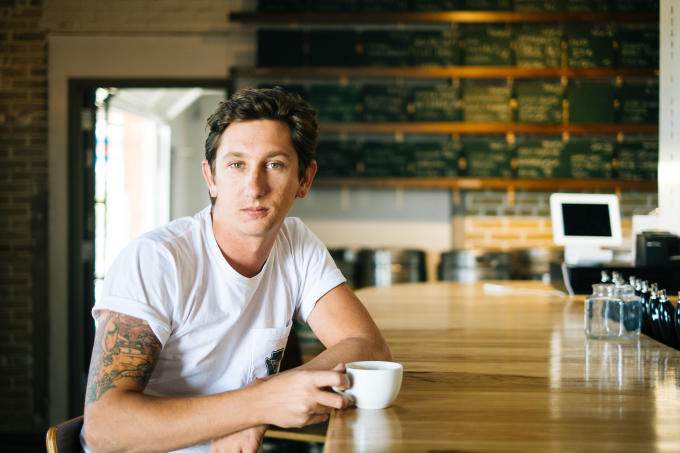 Matthew Bolick is a co-owner of two popular East Austin coffee businesses:Flat Track Coffee, a roaster and small coffee shop, and Wright Bros. Brew & Brew, where the second “Brew” stands for beer. Bolick’s path from barista to boss has paralleled the evolution of Austin’s coffee scene over the last decade. The native Texan is a fan of the community of designers, manufacturers, and eateries to which he belongs. He’s also an example of how to use Austin’s laid-back style as a strategy to keep things simple in order to focus on your passions. We caught up with him at the Brew & Brew to talk about coffee, fancy socks, and being a secret drummer.

Tell us about Flat Track and Wright Bros.
I’m the bridge between the two. Flat Track is my buddy Sterling and myself, and then some wonderful folks that help us out. It’s a roasting company and a really small cafe as well. We’re working on some more projects for that so it’s going to grow quite a bit in the not-too-distant future. The Brew & Brew is myself and two brothers—the Wright Brothers—Matt and Grady. Next door is Byron & Blue, which is clothing and different smallwares, and then PunctumRecords—they’re a local record label, and Mark Stowe, he does leather work. So we’ve got kind of a collaborative space, which is cool.

(Click title to link to the rest of the interview)

Each month a small group of coffee roasters meets up at Café Virtuoso, the organic roasting shop in Barrio Logan, to share beans and trade 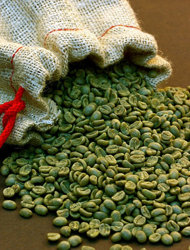 notes. Most are not coffee professionals, though some have been cooking for decades. The San Diego Home Roasters Club mainly consists of hobbyists who’ve embrace a more hands-on approach to expressing their fondness for coffee.

I have pounds of beans at home, I call it my library.

I dropped in on their November meeting to meet some of the group and to see what goes on when long-term coffee buffs get together. It was free of the hipster trappings often associated with artisan coffee. Many of the members skew older, and some have been doing this longer than the term third wave has existed.

San Diego Home Roasters Club has been meeting more than ten years, floating from location to location. It found a more regular home the past few years when Virtuoso’s head of business development, Rigo Hernandez, got involved. A 20-year coffee veteran, Hernandez sees the roasting club as fitting in to Virtuoso’s mission. The club meets the second Sunday of most months, usually around 2:00 or 2:30 p.m.

This weekend, ISS astronauts will get their first zero-g coffee maker, by Rachel Feltman – The Washington Post

This weekend, Italian astronaut Samantha Cristoferetti will travel to the International Space Station with precious cargo in tow — a specially designed espresso machine that will produce the authentic Italian brew in zero gravity. In addition to being Italy’s first female astronaut to go into space, she’ll be the first astronaut in history to sip real espresso while orbiting the Earth.

Until now, the intrepid explorers who circle high above us have had to make do with instant. Those dark days are finally behind us.

ISSpresso was custom-made by LavAzza, an Italian coffee company, along with Argotec, an aerospace firm that specializes in creating space food. 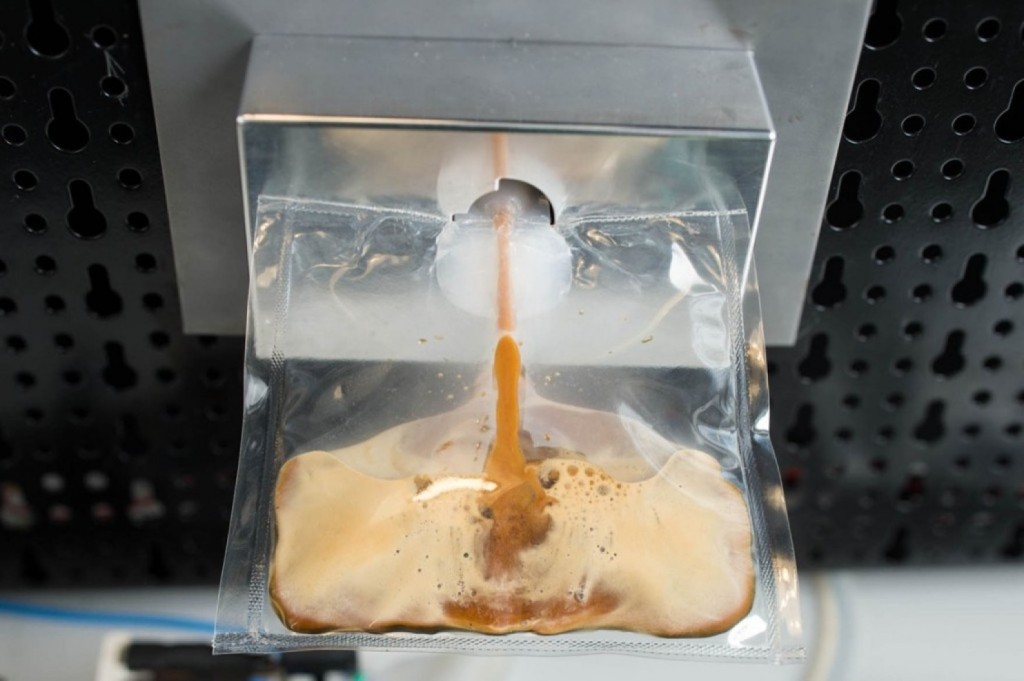 For starters, the whole thing has to be super leak-proof. Nobody wants floating spheres of boiling water in their face, or misplaced coffee grounds finding their way into electrical equipment. Astronauts can’t even have regular bread because crumbs could be devastating — they eat tortillas instead.

So while the tube that carries steaming water only withstands about nine bars of pressure on Earth, the space version can withstand 400 bars. That’s about 5,800 pounds of pressure per square inch.

Arabica-coffee prices climbed to a four-week high on Wednesday as uncertainty about the weather in top grower Brazil continued to fuel worries over the size of the 2015 harvest. 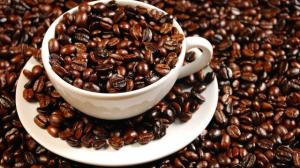 The worst drought in decades reduced the size of the 2014 crop in Brazil, the source of one-third of the world’s coffee and about half of the world’s arabica beans. Two consecutive seasons of stunted coffee harvests there could create a big shortage in the global market, analysts and industry groups say.

“Consistent rains will be needed to support trees that were severely stressed earlier in the year,” said Jack Scoville, vice president at Price Futures Group in Chicago. He added that coffee roasters have been buying up beans at current prices, fueling the market higher.

Arabica coffee for delivery in March on the ICE Futures U.S. exchange ended up 3.2% at $1.9910 a pound, the highest level since Oct. 21. The most actively-traded coffee contract is up 80% this year.

“The drought in Brazil at the beginning of the year and the leaf-rust plant disease that has been raging in Central America for the past two years show that the supply outlook is fraught with considerable uncertainties,” Commerzbank said in a note. “This points to lasting high prices, especially for arabica coffee.”

Veteran Dallas Roaster Not Slowing Down

Clay Eiland Is the Veteran Roaster of Dallas’ Coffee Scene, and He’s Not Slowing Down, by Liz Goulding – Dallas Observer 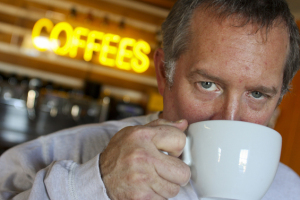 goal. But unlike that goal, this roaster is deserving of the pride: It’s a Probat UG22, out of production and much sought after among roasters. Eiland jumped on the chance to own one of his own when it popped up for sale a few years ago. He is a gadget guy at heart, always on looking for the finest coffee equipment, and the Probat is clearly his most prized instrument.

Eiland is the roasting game’s seasoned vet: He’s been selling Eiland Coffee Roasters coffee for a decade in a half. During that time, he has seen trends come and go and come back again, but also many gradual shifts, such as an seeing industry that leaned heavily on flavored coffees and very dark roasts give way to much lighters roasts and an increased interest in espresso.

“In 1999 I visited Café Vita in Seattle and had my eyes opened to what coffee could be,” he says. “I will never forget my wife’s face as she drank her coffee and realized that she didn’t need or want sugar added, that it was great as is. They were doing so many interesting things up there with roasting and pulling shots and preparing drinks. I was really inspired to bring those things back home to Dallas.” 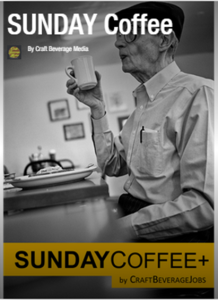 Want more Coffee Headlines? Subscribe to Craft Beverage Media’s SUNDAY Coffee+ Online Magazine via Flipboard. If you’ve never heard of Flipboard, its a mobile app that can download to Apple, Google, Windows and Blackberry devices and functions on any browser, from Google to Firefox. We update SUNDAY Coffee+ magazine throughout the week with Coffee Content to keep you informed on the latest news in the industry. Imagine that, all your coffee news at your finger tips! Subscribe today! Its FREE!