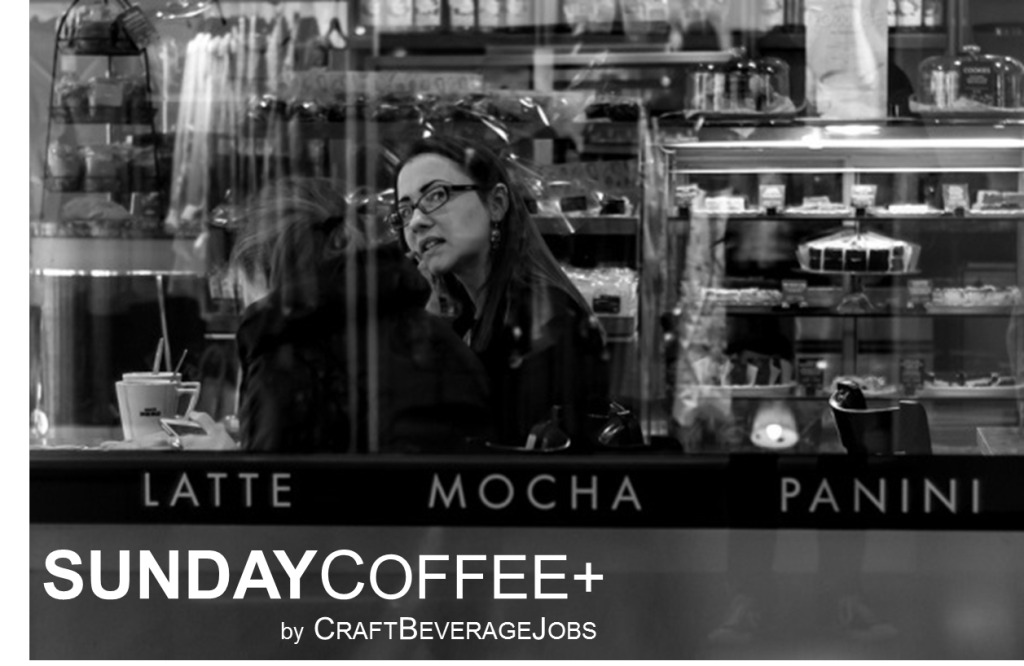 Welcome To Sunday Coffee+: Coffee News That Made The Headlines 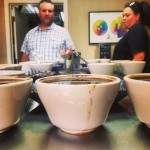 There are so many tiny things that can influence a coffee’s expression in the cup — soil and weather conditions, elevation, processing (the method by which the fruit part of the coffee cherry is removed from the seed part that we call a coffee bean), and roast level, to name a few. It’s important to note that no two coffees are alike; even beans from the same tree can change dramatically from year to year. Coffee genetics, organic acid composition, and the chemical makeup of the dirt the plant takes roots in all contribute to the way the drink tastes. These factors vary from plant to plant, from place to place. Terroir is as essential a concept in coffee as it is in wine. Head roaster Nanda made excellent choices when roasting this coffee; the profile was light enough to preserve a lot of the coffee’s sweet, intensely aromatic qualities, but developed enough to tame its innate acidity. The resultant cup was clean, sweet, and vibrant.

Why Peter Giuliano Hates Ducks, and Other Lessons From His Reddit Takeover, Daily Coffee News *A Craft Beverage Jobs Favorite: At points a professional barista, roaster, cupper, and longtime green buyer, SCAA SymposiumDirector Peter Giuliano knows a thing or two about professions in coffee. In fact, in a recent live Q&A session hosted by the popular social forum site Reddit (on the r/Coffee page), Giuliano says professional development for even the most professional of professionals is one of the driving forces behind Symposium, describing the event as, for industry vets who want to constantly expand their horizons. The r/Coffee takeover gave the Reddit community an open format for aspiring and budding coffee professionals of all kinds to pick Giuliano’s brain — and pick it they did, asking questions on Giuliano’s personal and professional associations with coffee, on what are some of the industry’s most pressing issues, and on what future coffee professions might look like. Also, it was the internet, so someone asked this: 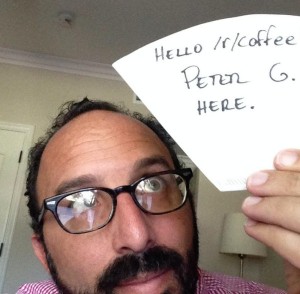 To which Giuliano replied:

When I was 8, i was feeding the ducks at El Dorado Park in Ling Beach some stale bread, and one of those ducks got inside my pants and bit me in a place I will not mention on reddit. I mention this to illustrate how deep my distrust and animus for the waddler goes. i will therefore fight ducks anywhere, anytime, and I would conscript my friend and comrade George Howell to help me defeat the six-foot-three duckbilled superboss.

Brew Coffee 19th Century Style with a Balancing Siphon, Andrea James – Boing Boing  Vacuum-brewed coffee has been a favorite of connoisseurs since the late 1700s. Originally stacked vertically, a heated vessel of water forces boiling water into another vessel filled with ground coffee. As the lower vessel cools once the heating stops, vacuum pressure draws the brewed coffee through a filter into the other vessel. It’s related to the basic mechanism used in many modern automated vacuum coffeemakers.

Joe-klahoma,  where the aroma of fresh-roasted coffee sweeps across the plains, by Sherrel Jones – News OK 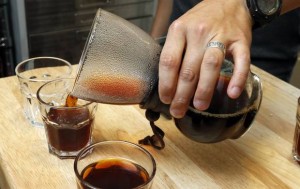 Daniel and Amyie Kao grew up in Oklahoma City but didn’t meet until they were in graduate school at the University of Oklahoma. Daniel Kao started roasting coffee beans in 2006 in a homemade roaster he created out of a popcorn popper. Always fascinated with coffee, he experimented with making an even larger model out of a barbecue grill in 2009. After he sold that earlier model, Mariposa Coffee, 1120 Garver St. in Norman, came to be. Now with the help of their landlord/investor, the Kaos have stepped up to a full-fledged roaster. Daniel Kao still monitors temperatures inside the beans as well as the air inside the roaster to get the exact roast he desires on every batch, recording every detail in his computer. His skilled attention to everything is what his wife describes as his scientific, small-batch approach to roasting artisan coffee.

5 Other Orange County Coffee Roasters You Need to Try, by Celo Tobbi – OC Weekly It seems as though you hear about a new coffee shop opening and adding to the world of latté art and vegan scones everyday. However, as 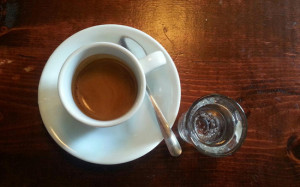 hip and prim as they are, not many of these joints actually roast their own coffee. That’s no fun. Here’s a list for you of the places that do. For these guys, getting from coffee berry to cup involves hand-picking, manual roasting and no shortage of attention and care. Yes, yes there’s Portola at the OC Mix and Kéan Coffee too, and they’re great, but here’s to the little guy in no particular order.

Scientist Have Sequenced The Coffee Genome – And What They Found Could Change Your Morning Drink, by Will Dunham – Reuters 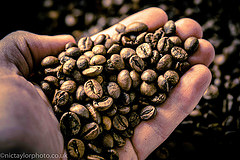 An international team of researchers on Thursday unveiled the newly sequenced genome of the coffee plant. They pinpointed genetic attributes that could help in the development of new coffee varieties better able to endure drought, disease and pests, with the added benefit of enhancing flavor and caffeine levels.   The researchers studied the species Coffea canephora, better known as Robusta. It accounts for about 30 percent of the world’s coffee production and is common in instant coffee. It is second in importance to Arabica, generally known for a less strong, smoother taste. Separate work is under way on Arabica’s genome.

For any agricultural plant, having a genome is a prerequisite for any sort of high technology breeding or molecular modification – Victor Albert, Plant Genomist

The coffee genome is of average size for a plant. It had about 25,500 genes responsible for various proteins. Scientists have debated why coffee and certain other plants began their outsize caffeine production.  Albert said it could get pollinators to come back again and again – like people to their favorite Starbucks store – or stop herbivorous insects from chomping on the plant’s leaves. When the leaves fall to the forest floor, caffeine and other compounds may leach into the soil and possibly inhibit the germination of the seeds of other competing plant species, he added.