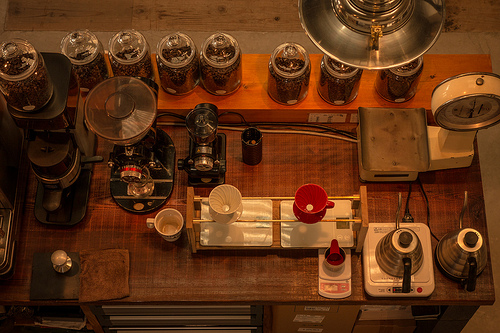 SUNDAY Coffee +, Coffee News That Made The Headlines

Welcome to SUNDAY Coffee +, your resource for coffee news from around the world. Each week, we compile our favorite headlines from the coffee industry and provide them in this convenient digest. Its our hope that as you enjoy your Sunday morning brew, you can also enjoy learning a little more about the business and craft of coffee.  Want Sunday Coffee+ delivered via email each weekend? Sign Up Here.

Crimson Cup Coffee and Tea has inaugurated the Crimson Cup Rewards program which has provided $142,000 in education and training credits to its customers. The credits are designed to stimulate growth, a true investment in their customer base.

Each year Crimson holds a conference where training classes are held, the credits can be used to attend programs covering business and marketing topics. According to founder Greg Ubert, 85% of businesses who complete the programs have gone on to run a successful coffee business.

Coffee: The Brew Of Champions, by Rachel Christiansen – knprnews

Vegas is waking up to the third-wave-coffee movement, which highlights coffee as a craft beverage on the same level

of craft beer and wine.

There is still a lot of work to do to attract coffee connoisseurs to Vegas and the local coffee economy is improving. One thing that the local coffee industry is trying to change is the role of the barista. Juanny Romero, co-owner of Sunrise Coffee House states, “In our town, barista are considered low-wage workers but in other cities they’re considered career barista”.

interviewed Matt via g-chat, to find out his favorite coffee these days and how he came to love the brew of the political gods.

Here’s a sample of a great interview…

Dylan Byers: If you could talk coffee with any politician or politico, who would it be?

Matt Viser: That’s tough. Maybe a joint discussion with the Clintons? Because they’ve both expressed significant interest in coffee. Bill has traveled to Haiti with Todd Carmichael, the founder of La Colombe Coffee. And I’m told that Hillary, as first lady, would regularly have a cappuccino in the afternoons (shortly after the White House kitchen got an espresso machine), and that she stepped up the coffee game a bit when she was at the State Department.

This week, Topeca Coffee will be testing its home-delivery idea for the residents of Florence Park.

The purpose is to bring really good coffee to Tulsa at a minimal cost – Mitch Murry, Topeca brand strategist

Residents can order locally roasted, specialty coffee within 24 hours of being roasted at no extra charge. Your order, minimum of two bags, will be delivered via a cyclist riding ‘bright orange’ bike and wearing a gold helmet! Love it!

Learn how to roast coffee beans in this weeks Savannah How – SavannahNow.com

Start Your Career In Coffee Today!

Here are some helpful resources to help turn your passion for coffee into a career in 2015.