When it comes to craft beer in the South, North Carolina is leading the way! There are more medals from the World Beer Cup and Great American Beer Festival for North Carolina craft beer than any other neighboring state. With 130 breweries and brewpubs, the Tarheel State has become a big influence for

the industry in the United States.

The guild plays a very active role in the state. Over the years they have taken the lead in bringing multiple organizations from around the state together for promoting NC breweries. 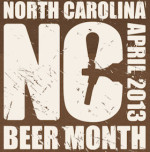 A great example of this is the guilds partnership with  Visit North Carolina tourism organization to create N.C. Beer Month. The goal for the partnership is to make craft breweries in North Carolina,  destination points for beer enthusiasts from all around the world.

Earlier this year, NCCBG partnered with Sierra Nevada and announced the Burly Beers and Barleywines Festival featuring over 50 breweries. All the proceeds went directly to the NCCBG to promote North Carolina craft breweries.

The Guild’s creativity in supporting North Carolina craft beer keeps us on the edge of our seats, wondering what great events and programs are coming next!

The North Carolina Craft Brewers Guild is growing! The NCCBG announced they are looking to fill the position of Membership & Operations Coordinator. This position is responsible for “recruiting and retaining” Guild members and being a support for Guild programs. If you are a skilled at networking and problem solving, this job is for you!

Job Description At A Glance:

Do you want to know more about this job? CLICK HERE for listing details and application process. 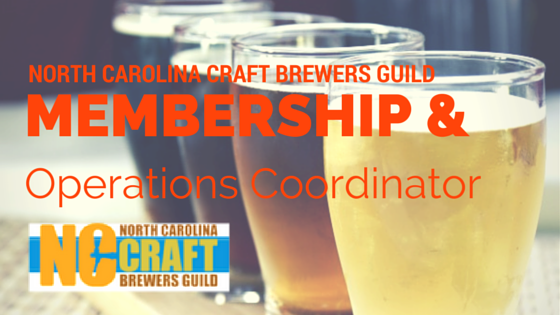