Founded in 2007 by James Watt and Martin Dickie, BrewDog Brewery began with a singular mission: to make people passionate about craft beer. Martin and James made up the complete employee roster that first year, bottling by hand and selling to local markets from the back of a van.

Only one year later, with 9 employees, BrewDog became Scotland’s largest independent brewery and received quite the media storm with the introduction of its imperial stout, Tokyo. Tokyo would set the standard for BrewDog’s reputation of producing “the strongest beers ever brewed”.

In 2009, BrewDog once again made headlines when it went public, and over 1300 craft beer lovers invested in the company. Oh, and if your keeping count, we are up to 24 employees – year 3!

In 2010, BrewDog opened a craft beer bar in Aberdeen. This was the first of over 15 that would be opened across the UK and Europe, each with its own unique character, attracting passionate craft beer lovers from around the world.

It was in 2012 that BrewDog led the industry, with another first in the world of craft beer. It moved into its new, state of the art Brewery in North East Scotland, the first crowd funded brewery in the business!

All of our equipment is cutting edge in the craft beer world: from a revolutionary centrifuge 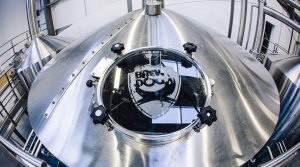 so that we can completely avoid filtration, to a patented ‘Hop Cannon’ we developed with the manufacturer – everything at the new brewery is focussed on making completely awesome beers. And that is pretty much all we care about.

With the support of its investors, known as Equity Punks, BrewDog established a new mecca for craft beer.

BrewDog is looking for a Master Brewer to head up their brewing team. Someone who exemplifies:

This position will report directly to the BrewDog founders, James Watt and Martin Dickie, so be prepared to roll up your sleeves when the work begins. You will need to be able to: