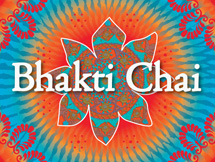 Bhakti Chai is a chai tea company known for both its spicy masala Chai and a devotion to social issues around the globe.

The vision for Bhakti Chai can be traced back to 2002, when its founder, Brook Eddy was traveling through India studying a social justice movement based upon the hindu belief of bhakti. Bhakti expresses the religious devotion one has to a deity or a cause.

The spicy masala chai she enjoyed along her journey would be hard to find on her return to the U.S., so Brook began brewing her own at home.

The home brew was  such a hit that Brook took here spicy masala recipe, along with the Bhakti philosophy she admired in India and founded Bhakti Chai! The company has grown rapidly, not only among lovers of its award winning chai tea, but also from those supporting Bhakti Chai’s devotion to social justice.

Be A Bhakti Chai Ambassador

“Bhakti addicts” all across the globe have banded together to show their devotion to the principles of Bhakti Chai. The Bhakti Chai Ambassador Program was created as a platform where fans of Bhakti Chai can promote the brand in their own city. The goal is not just to support the brand, but in doing so, you contribute to make your community a better place and devote yourself to social causes.

Do you have what it takes to be a Bhakti Chai Ambassador? 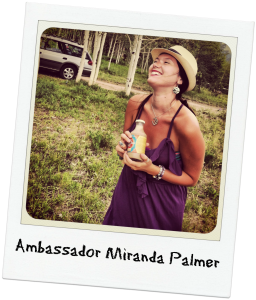 The Craft Of Masala Chai

The origins of masala chai are traced back to India, where it represented a flavored craft beverage brewed with black tea and a mixture of native spices and herbs. Traditional methods include the decoction (the mashing and boiling of herbs and plants to extract its oils) of green cardamom pods, cinnamon sticks, ground cloves, ground ginger and black peppercorn

Although there doesn’t seem to be an firm recipe or method of preparing this artisan tea, there are common ingredients defining masala chai:

Tea – the base of the recipe is black tea. Black tea is distinct from green and white teas because it is more oxidized, giving it a stronger flavor. This stronger flavor ensures that the additional spices do not overpower the flavor.

Spices – the spice mixture can be a variety of ingredients used in different proportions but usually the base contains ginger and green cardamom pods that have been ground. If you were strolling along the streets of India, you would find a number of ingredients added to this base. Traditionally cinnamon, star anise, fennel seeds, peppercorn, nutmeg and cloves.

Milk – here in the US, the traditional Indian buffalo milk is substituted with whole cows milk to achieve the desired richness. Usually mixed ¼ to ½ parts milk with water, the tea is then heated to near-boiling.

Sweetener – you may prefer unsweetened chai, but sugar is an important ingredient for intensifying the flavors of the spices. Almost any sugar will do; from white, brown or even coconut sugars.

The success of Bhakti Chai comes as no surprise. Its another example of a craft beverage company made up of quality people producing a quality product.

Bhakti Chai is looking for someone with the Bhakti spirit to join their team in Boulder, Colorado and be trained for the role of Prep Production Assistant, specifically for evening and overnight responsibilities.

This is a 2nd to 3rd shift job opening, so candidates need to be available to work from 4pm – 12am and 8pm – 4am shifts.

To know more about this job listing and start the application process, go HERE!

Helpful Tools When Applying For This Job

For more information on Chai Tea check out this great article written by Jenn Miller: 15 Health Benefits of Chai Tea According to Science